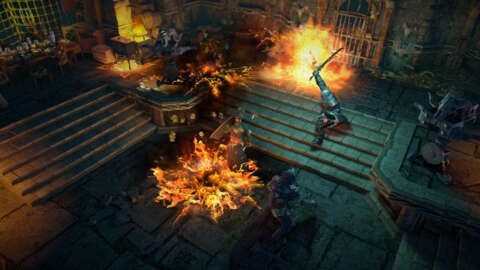 Path of Exile 2 is on the way, but that hasn’t halted development on the first game, and its latest expansion, Ultimatum, launched this week. However, the launch was a bit of a mess, to put it mildly, with players stuck waiting in server queues and unable to play. Problems were further amplified because of Grinding Gear Games’ decision to let paid streamers skip the lines and start playing right away. It appears the studio will not be making such a mistake again.

As spotted by Eurogamer, Path of Exile producer Chris Wilson explained on a Reddit thread that the Ultimatum Challenge League, which is a risk/reward trial players are essentially competing against each other in, was letting players in far too slowly. “Human error” resulted in the normal trickle migration process not being run, and players continued being dumped out of the realm until an eventual fix was made several hours later.

But why was this Path of Exile situation different than the server issues that plagued a game like Outriders, for instance? Well, because not everyone was affected. Paid streamers who Grinding Gear Games has brought on board for the launch were allowed in immediately, as they were supposed to stream for two hours. Not being allowed to play was, the team thought at the time, out of the question.

“This was about as close as you could get to literally setting a big pile of money on fire,” Wilson said. “So we made the hasty decision to allow those streamers to bypass the queue.”

As you can imagine, hyping players up for new content via influencers isn’t too effective when you’re also essentially mocking their lack of ability to play. The studio won’t be doing these sorts of preferential-treatment workarounds in the future and stressed that “most” streamers did not actually ask for them to do this.

Giving some players a chance to get ahead of everyone else certainly doesn’t seem like the right move, regardless of whether you had paid them. However, based on Wilson’s comments, it seems the studio has learned a very valuable lesson in public goodwill and likely won’t make the same mistake again.