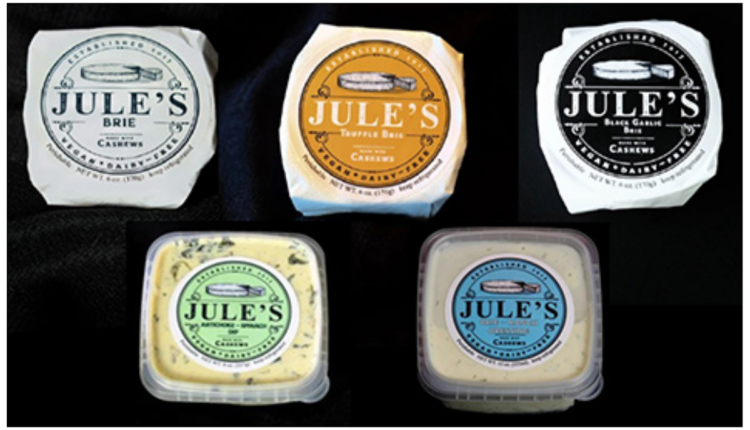 More people are sick in a Salmonella outbreak traced to Jule’s brand cashew brie, according to an update today from the Centers for Disease Control and Prevention. Jule’s recalled all of its products in April.

As of today, seven people from three states have been confirmed with infections from Salmonella Duisburg and Salmonella Urbana. Three of the patients were so ill they had to be admitted to hospitals, the CDC reported. The sick people range in age from 23 to 72 years old. They live in California, Tennessee, and Florida.

“The true number of sick people in an outbreak is likely much higher than the number reported, and the outbreak may not be limited to the states with known illnesses,” according to the CDC update. “This is because many people recover without medical care and are not tested for Salmonella. In addition, recent illnesses may not yet be reported as it usually takes 2 to 4 weeks to determine if a sick person is part of an outbreak.”

FDA investigators have collected samples of the implicated products and found Salmonella contamination that matches lab samples from the outbreak patients.

“Based on FDA traceback investigation and these sample results, the cashews have been identified as the likely source of contamination in the Jule’s Cashew Brie products. The FDA is working with the firm that supplied the cashews to ensure that all potentially contaminated product has been withdrawn from the market. When notified about the potential contamination of their product by the FDA, the firm that supplied cashews to Jule’s Foods contacted their customers to request that the product be removed from use. The firm reported that it does not sell products directly to consumers.”

Both the CDC and the FDA are urging consumers to throw out any Jules cashew brie that they may have in their homes. The FDA also says consumers and retailers should use extra vigilance in cleaning and sanitizing any surfaces and containers that may have come in contact with the products to reduce the risk of cross-contamination. This includes cutting boards, slicers, countertops, refrigerators, and storage bins.

Anyone who has eaten any of the recalled products and developed symptoms of Salmonella infection should seek medical attention. Sick people should tell their doctors about the possible exposure to Salmonella bacteria because special tests are necessary to diagnose salmonellosis. Salmonella infection symptoms can mimic other illnesses, frequently leading to misdiagnosis.

15 Best Whitening Strips and Kits in 2021, According to Dentists

Investigations into Salmonella outbreaks advancing but no…