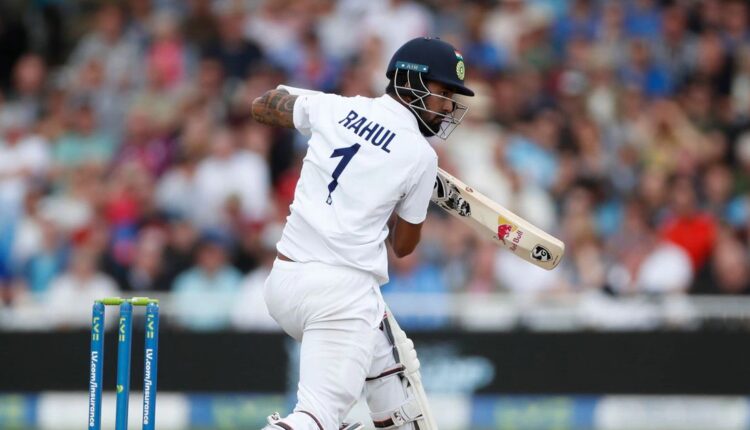 Patient Rahul takes India ahead of England in Nottingham

The hosts were 25 for no loss, still 70 behind, in their second innings when play was abandoned for the day just five overs after the tea break.

Rory Burns will resume on 11 and Dom Sibley on five on the penultimate day of the weather-bedevilled contest.

India’s usually-fragile tail also made useful contribution with the bat in the low-scoring contest at Trent Bridge.

Once India resumed on 125-4, only 11 balls could be bowled before rain forced the players off the field.

When they returned, Rishabh Pant threw caution to the wind, playing some outrageous shots in his 25 off 20 balls before Robinson cut short his stay.

Dropped on 52 by Sibley on Thursday, Rahul got another reprieve on 78 when Joe Root spilled a head-high catch with Anderson being the luckless bowler again.

Anderson eventually had his man but Rahul, whose patient knock included 12 boundaries, had put India in the lead by then.

Jadeja stayed back to stretch that lead, hitting eight boundaries and a six in his half-century, which he celebrated with trademark bat-twirling.

Mohammed Shami contributed 13 and Jasprit Bumrah made a career-best 28 to frustrate England.

The first match of the five-test also marks the beginning of a new World Test Championship cycle.