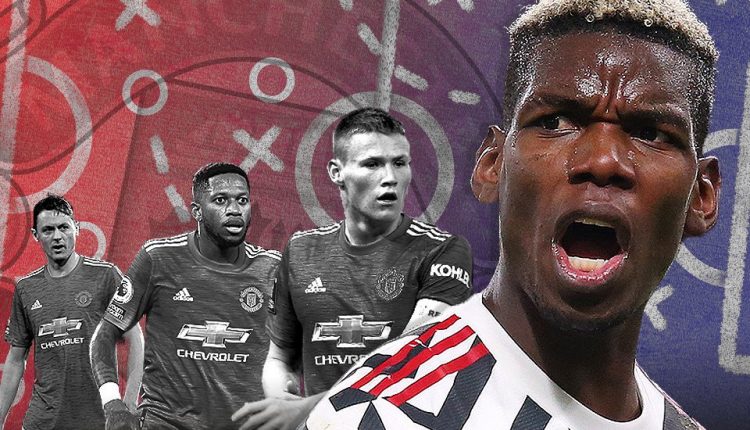 If Manchester United do go on to win their first Premier League title in eight years, Ole Gunnar Solskjaer’s handling of Paul Pogba will undoubtedly go down as one of the defining reasons why. Not so long ago, the Frenchman’s agent was demanding he be sold this month, now he is playing a key role in their title challenge. Yet, despite a man-of-the-match display in his last outing, there is a question mark over whether Pogba will even start against Liverpool on Sunday.

One of bedrocks of United’s excellent form this season, which has taken them to the summit of the table, has been Solskjaer’s smart rotation policy, utilising an almost horses-for-courses approach based on the difficulty of matches and style of opponents. That has been particularly evident in the midfield; when United expect a battle, it is Fred and Scott McTominay who start but when they will likely need to break teams down, Pogba partners Nemanja Matic at the base of midfield.

Those two duos have more or less alternated games since the start of December doing so for seven matches in a row after the defeat to RB Leipzig in the Champions League with McFred – or FredTominay, depending on your persuasion – becoming Solskjaer’s go-to tactic when he wants more steeliness, energy and discipline in the middle of the pitch. The Brazilian sat out games where United would dominate the ball (Burnley, Wolves and Sheffield United) but started against more dangerous, attack-orientated opponents (Manchester City, Leeds, Leicester and Aston Villa).

‘Scott and Fred with that energy in the engine room are always key for us so our creative players can go on, create chances and show their magic. They’re so disciplined and I’m very pleased with the two of them,’ said Solskjaer of the pair recently. This season, the Scottish-Brazilian pivot has averaged 5.3 tackles per 90 minutes but for Matic and Pogba that figure drops to just 3.5. Interceptions and clearances, likewise, also fall.

In normal circumstances, then, a trip to Anfield – where reigning Premier League champions Liverpool have not lost a league game since 2017 – would virtually guarantee Fred and McTominay of their places in the starting XI, with Pogba likely shoehorned into a role off the left at best. He was, after all, benched against Chelsea, Everton, Leeds and Leicester. But if ever there was a time to roll the dice and play the Frenchman in his preferred, deeper role, this is it.

Quite apart from the fact that the match feels like a free hit for United – they are not expected to win, and they remain joint-top even if they lose – the mix of styles is an ideal fit for Pogba’s particular set of skills. He is United’s most progressive and penetrative passer, even more so than Bruno Fernandes and without the Portuguese’s hit-or-miss, boom-or-bust flightiness. While it is the Portuguese who so often plays the final killer pass, it is Pogba who moves United up the pitch and through the gears on a consistent basis.

Albeit against a vastly different opponent, Pogba showed exactly those skills against Burnley. While his volley grabbed the headlines, it was the completeness of the World Cup winner’s performance that was most impressive – and will have given his manager a genuine selection headache. He had more touches of the ball (106) than anyone else on the pitch and completed 71 passes, crucially with the highest percentage of passes into the final third. He also made more tackles than Matic, won 13 of his 15 duels (again, the most of any player) and made five clearances.

Pogba brought both control and creativity, and crucially a willingness and ability to play through Burnley’s press from deep within his own half. That will be so important at Anfield against Liverpool’s high-octane approach, and it is also an area in which Fred and McTominay have struggled. United’s draw away at Leicester was the only league game they have failed to win in their last six outings and Brendan Rodgers preyed on a midfield pairing that lacked Pogba’s composure, vision and forward-thinking on the ball.

McTominay was marked whenever United’s centre-backs had the ball and struggled to find space to receive possession, attempting just 21 passes – Daniel James was only on the pitch for 53 minutes and attempted 19. Fred’s usually solid passing accuracy dropped off a cliff, his 77.5% ranking ninth among his teammates, while nearly half his passes went backwards. United’s build-up play became scrappy and their attacks sporadic.

Against Manchester City, Arsenal and Chelsea there was a slightly different problem. That trio all sat off in largely timid, cautious matches and the safe, sideways passing of Fred and McTominay dulled United’s attacking play. They had just eight shots on target across the three games and failed to score, though equally McFred provided a platform that was very hard to play through, neutralised the opposition and kept the ball well – their 46% possession was the most they have managed against Pep Guardiola.

Instinctively, Liverpool’s attacking potency would dictate that McTominay and Fred should start and Jurgen Klopp has never been one to compromise his philosophy and get into a tactical slugfest anyway, as per the aforementioned trio of teams. But while that combative duo might match the pressing, intensity and energy of Liverpool, they are less equipped to play through it. Unlike Pogba.

Solskjaer has a choice: to nullify or expose, particularly with Liverpool not quite the threat they once were. When teams have escaped the Merseysiders’ first press, they are met with a defence missing three senior centre-backs. Fabinho has filled in manfully, but his plethora of partners have all felt vulnerable. At right-back, Trent Alexander-Arnold’s attacking output has dipped massively and his defensive instincts remain lacking. A team that looked impenetrable for the best part of two years suddenly has weak links.

On the turn the back-line looks shaky, deprived of their best defenders of space. Were United to draw up a silver-bullet strategy to stop Liverpool, Pogba picking up the ball from deep and sending a long, trademark crossfield pass into the gap between Alexander-Arnold and the centre-back for Marcus Rashford to chase might well be it – see his majestic pass against Spurs last season. But he needs to be in the team, and he needs to be in the centre of the pitch.

Some slightly more prosaic elements have also slipped into Liverpool’s game which makes playing Pogba less of a risk. Their rapid transitions have slowed down just a little and they are holding onto the ball longer, being frustrated by the likes of West Brom and Newcastle. They’re averaging more passes per phase of play and shot attempt, while they have mustered just seven shots on target in their last 270 minutes of action. If Thiago starts he will certainly aid their creativity, but also leave more pockets of space for Fernandes and others to exploit – but only if they can be found.

The last time Solskjaer started Pogba as part of holding midfield duo against a traditional big six club they shipped six goals against Spurs. It was a chastening experience and one which prompted a rethink in how United approach these big clashes. But having struggled to create chances with Fred and McTominay as the sitting duo against their top-four rivals, and with their record signing in such boisterous form, it is surely time to release the handbrake once again and let Pogba do his thing.

Pat Sajak Accused of Mocking a Guest, but He’s Only Mocking His Haters