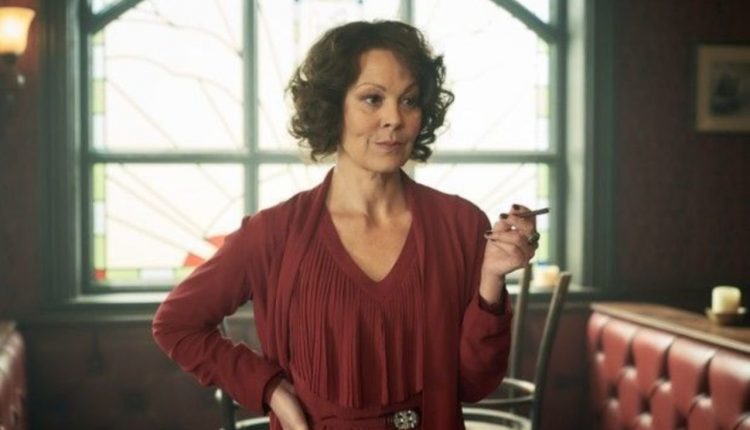 Peaky Blinders creator Steven Knight has paid a touching tribute to Helen McCrory and revealed the inspiration behind her character Aunt Polly.

The actress died aged 52 following a private battle with cancer earlier this month.

Tributes poured in for the celebrated actress, with her Peaky Blinders co-star Cillian Murphy saying he felt ‘broken-hearted to lose such a dear friend’.

Peaky Blinders creator Steven has now shared his own heartfelt message and revealed the things that informed her character.

‘Helen McCrory was both the sovereign and the maid, regal and rebellious in the same minute,’ he told the Radio Times.

‘There was a look she had that pinned the object of her gaze to the wall, amused and aloof and time-stopping. It was a look she used to frame the character of Polly Gray, from 2013-19.

‘Her first moment as Polly on screen shattered all preconceptions of what a woman of her age living in those times should look like and act like.’

Steven went on to reveal the inspiration behind the character, saying: ‘I based the character of Aunt Polly on real working-class women I had grown up with: fierce, scary, protective of their own, funny and always aware of the absurdities of life.

‘Helen was the perfect person to bring this amalgam of women to the screen in one stunningly vivid portrayal.’

Steven added: ‘Away from the business, she filled rooms and lit up places with her personality, and I can say now that her work on this planet had only just begun.

The director also said: ‘The Peaky Blinders audience is very selective, very particular, and to be taken to their hearts is a real achievement. People can spot the real thing, and that is what Helen was. On screen, that is what Helen McCrory is.’

It comes after the cast and crew of the show paid a sweet tribute on set as they continue to film series six.

The team posted a message from the set, with a clapperboard bearing Helen’s face and surrounded by the words ‘Rest in Peace, Helen’.

They wrote alongside it: ‘Forever part of the Peaky Blinders family.’

Peaky Blinders is available to watch on BBC iPlayer.

3 common PC building problems—and the tools that fix them