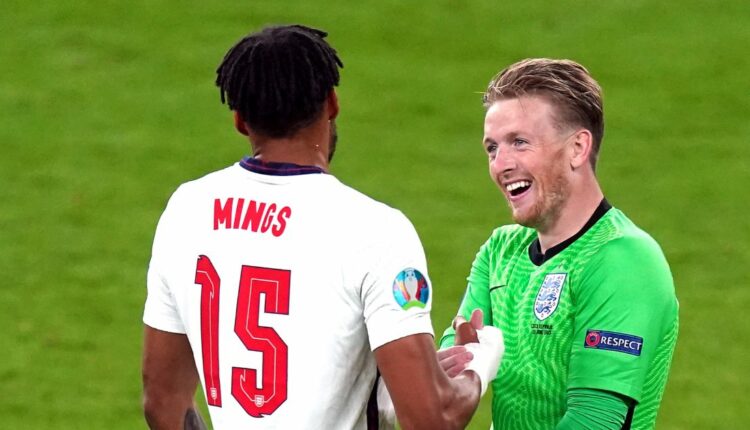 Pickford: Neuer in the ‘top three’ ‘keepers of the last decade

England goalkeeper Jordan Pickford has heaped praise on Germany number one Manuel Neuer ahead of their Euro 2020 last 16 clash on Tuesday.

Anticipation is building as the last-16 clash against Joachim Low’s men edges closer, with more than 40,000 fans set to be at Wembley for a grudge match that will be watched by millions more from home.

England will need to go up a gear if they are to emerge victorious from the mouth-watering clash against a German side that boasts a dangerous mix of young talent and experience.

Bayern Munich goalkeeper Neuer is among the stars that Die Mannschaft will lean on at Wembley, where Pickford is hoping to spoil the evening of one of his idols.

“His career is unbelievable,” the Everton and England shot-stopper said. “He’s probably been up there as one of the top three goalkeepers for the last decade.

“You just watch him, the sweeper keeper – he’s not shy, is he? He’s a brilliant goalkeeper.

“I love watching him when you get to see him live on TV, so come Tuesday it’ll be a privilege to be playing against him.”

Asked what he would say to Neuer after the match if he got the chance, Pickford told talkSPORT: “Ask him for his shirt! If Covid lets us.

“You need to create memories in big games. But it’s about first and foremost getting the win against them, then being able to do that (swap shirts) after.”

Germany captain Neuer may well have been impressed by England’s number one this summer, as he has provided a sturdy last line of defence and kept three straight clean sheets in Group D.

The 27-year-old also enjoyed a shutout when making his international debut against Low’s side in November 2017 – a memorable night he is hoping to top on Tuesday.

“We know they’re a top side and we know how hard of a group that was to be in, so it was good to watch,” the 34-cap keeper said.

“We knew if we finished top we would be playing second place, so it was a good game to watch and we know the quality that Germany have.

“It’s about us being prepared to be the best we can be on that day.

“You’re never going to have it your own way and it’s just about us being fully prepared for anything the Germans throw at us.

“That’s all we can do is be prepared and be on our A-game for it.”

One former player perfect for each Euros last-16 side

Pickford epitomised the steely, fearless resolve shown in the build-up by Gareth Southgate’s squad, who do not carry the weight of previous tournament disappointments against Germany.

A number of the group were also part of the team that ended England’s penalty shootout hoodoo, with the 27-year-old starring in the World Cup last-16 spot-kick triumph against Colombia in 2018.

“For me, it would be lovely to beat them in 90 minutes,” Pickford said.

“But we’re going to be prepared for anything. if it’s extra-time then penalties, that’s what we train for. That’s what we prepare for all week.

“But it would be nice to win it in 90 minutes, that’d be even better.”

England went onto win another shootout in the Nations League third-placed play-off win against Switzerland, with Pickford dispatching a spot-kick before saving from Josip Drmic to win that match.

Asked where he is in the pecking order to take one ahead of facing Germany, he said: “I don’t know. That’s the manager’s call.

“You’ve just got to just take a couple of practice ones during the week, then if called upon I’ll step up and hopefully convert. But hopefully we don’t have to get there.”