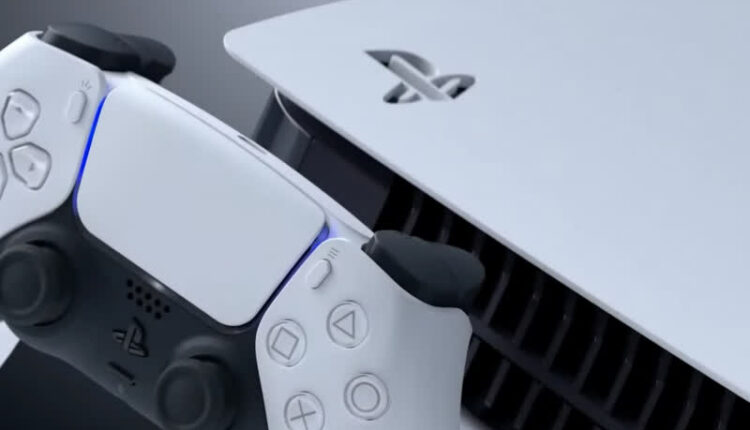 Highly anticipated: On Thursday, Sony held an online event to inform players what is currently in the PlayStation pipe. Many of the games we knew were in the works, or there were rumors of them. However, there were a few surprises, including a new Marvel franchise featuring Wolverine.

We’ve included the entire 40-minute presentation above for those interested. Read on if you only want the down and dirty of the best trailers the showcase had to offer.

Sony started with an official reveal for a remake of the classic Star Wars RPG Knights of the Old Republic. There have been squashed attempts at fan remakes and rumors of official remakes, but Lucasfilm Games and Aspyr are making it happen. The trailer is just a teaser—no gameplay, no release window. It is likely in the early stages, so we can expect to hear more about it sometime down the road.

We first heard of Tiny Tina’s Wonderlands in June with the cinematic announcement trailer. Yesterday, Gearbox Software revealed some of the gameplay. The Borderlands spinoff is set up like a Dungeons and Dragons game, but with guns and Tiny Tina as the dungeon master. Most importantly, the trailer revealed a release date of March 25, 2022. So not too long a wait to get our hands on this one.

Ubisoft had a new trailer for Tom Clancy’s Rainbow Six: Extraction. The game has been in the works for a while and takes the franchise in an unexpected direction. In Extraction, players will face off against an unknown alien threat. We’ve got monsters and new futuristic weaponry. What more could you want?

A few days ago, Remedy Entertainment confirmed rumors of a remaster of the 2010 Xbox 360 classic Alan Wake. At the time, the developer only mentioned it would be out this fall. During the showcase, Remedy gave us a peek at what it will look like on the PlayStation 5—in a word: spooky. That’s perfect because Alan Wake launches on all platforms on October 5, just in time for Halloween.

In May, Rockstar confirmed it was working on a Grand Theft Auto V remaster for next-gen consoles. It said that it would be ready by November 11. Apparently, that timeframe was a bit too ambitious. As the new trailer reveals, the game will not be ready until some time in March next year. It appears the devs need a bit more time to deliver the “improved graphics, enhanced gameplay, and seamless character switching,” as they promised.

Guardians of the Galaxy

Marvel’s Guardians of the Galaxy got a new story trailer. Producer Square Enix revealed that pre-orders for the game are now available, with the game set to ship on October 26.

Hold on. Marvel is not done with you. We already knew Insomniac was working on a sequel to its 2018 hit Spider-Man, but it decided to tease us with a taste of what’s coming. In the newest installment, Peter Parker and Miles Morales team up to take on Venom. If the devs stick with the winning formula used in their other two games in the series, this one should be a no-brainer for a pick-up when it releases. However, we still have quite a wait. It’s not due for launch until 2023.

Wait. Did I say Marvel was done? No. It had one more surprise announcement. One of the reasons Spiderman 2 is still a ways off is because Insomniac has secretly been working on a Wolverine game. The teaser does not reveal a whole lot about it—not even a release window. That said, I would love to get my hands on a quality title starring Wolvie. SNIKT! SNIKT!

PlayStation’s premier racing sim is back with Gran Turismo 7. The franchise has always prided itself on its shiny realistic graphics, and that has not changed. The game looks gorgeous on the PS5 hardware. But it’s not just GT Sport with a new coat of paint. There’s a new map/menu system, and the cars are much more customizable, both mechanically and aesthetically. The racer arrives on March 4, 2022.

Last but not least, we’ve finally been treated with a trailer for God of War: Ragnarok. Sony’s PlayStation exclusive God of War series returns as Kratos and his son Atreus try tracking down Tyr in search of answers to the boy’s burgeoning powers. Unfortunately, there was no word on how long we’ll have to wait for this one.

Those were the best of the best, but there were plenty of other great reveals and updates in the show, including news on Vampire The Masquerade: Blood Hunt, a new Deathloop story trailer, A Thief’s End/The Lost Legacy remaster, and more. Just check out the masthead trailer if your want the full details.