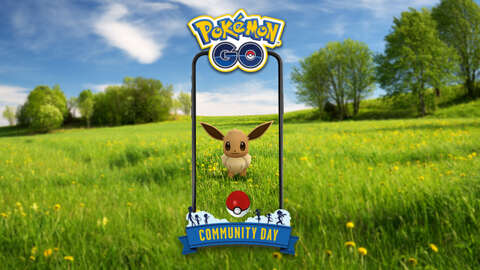 Pokemon Go’s August Community Day will be a two-day celebration, developer Niantic has announced. The event is scheduled to take place August 14-15 and will feature Eevee, giving you another chance to get some Shiny Eevee evolutions.

As the featured Pokemon, Eevee will be appearing more frequently in the wild than usual throughout the entire weekend, meaning you’ll also have an increased chance of finding a Shiny. Any Shiny Eevee that you evolve will retain its Shiny coloration, making this a good opportunity to add some Shiny Eevee evolutions to your collection.

Eevee will also learn a different Community Day-exclusive move depending on which form you evolve it into. Any Eevee that you evolve between August 13-16 will automatically know the following attacks:

As usual, a few bonuses will be live during August’s Community Day as well. First, any Lure Modules and Incense that you use during the event hours will remain active for three hours. On top of that, eggs that are placed into incubators will hatch at a quarter of their usual distance. Finally, Niantic will sell a special Community Day bundle in Pokemon Go’s in-game shop. The bundle costs 1,280 PokeCoins and includes the following:

Each day of August’s Community Day weekend will run from 11 AM to 5 PM local time. You can read more details about the event on the official Pokemon Go blog.