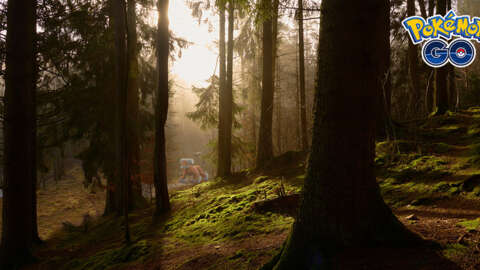 Pokemon Go’s Rivals’ Week event kicks off on April 13, developer Niantic has announced. In addition to spotlighting Pokemon that have rivalries with each other, the event will introduce a couple of new monsters to the game, including the Gen 6 Pokemon Skrelp and Clauncher, as well as Therian Forme Landorus.

Throughout the Rivals’ Week event, you’ll encounter various Pokemon known for their rivalries more frequently in the wild, including Hitmonlee, Hitmonchan, Seviper, Zangoose, and more. On top of that, Nidoking, Nidoqueen, and other monsters will appear as Raid bosses throughout the event, while the following Pokemon will hatch from 5 km eggs:

Several Pokemon are also making their Pokemon Go debut during the Rivals’ Week event. Skrelp and Clauncher will be available for the first time in the game as Raid bosses and wild spawns, and you’ll be able to evolve them into Dragalge and Clawitzer, respectively, when you’ve amassed enough candy. Therian Forme Landorus will also make its debut. The Legendary will appear in five-star Raids from April 13-27.

Training with friends is a great way to improve, but there’s something special about testing your limits against a rival! 😠
Did you know that some Pokémon are known to be rivals, too? 💪 An event featuring these Pokémon will be coming soon! https://t.co/3hZ1YQE8oz pic.twitter.com/hOV5vMfNMK

In addition to the increased Pokemon spawns, Team Go Rocket grunts will be appearing more frequently throughout the Rivals’ Week event. Niantic will also offer event-exclusive Field Research tasks to complete as well as a new challenge in the Global Challenge Arena. If players can band together to complete this, Niantic will offer a double Stardust bonus for catching Pokemon for the duration of the event.

Rivals’ Week will run until 8 PM local time on April 18. You can read more details about the event on the official Pokemon Go blog.

In the meantime, April’s Community Day is set for today, April 11. The featured Pokemon this month is the Grass-type starter Snivy. A Spring Collection Challenge is also underway in the game until April 8.