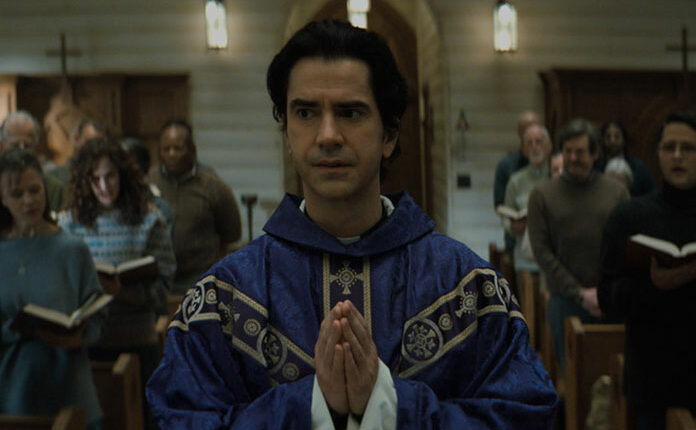 Netflix has released a new poster for “Midnight Mass,” the upcoming new event series from “The Haunting of Hill House” and “Doctor Sleep” director Mike Flanagan.

Flanagan helms all seven episodes which unfold amongst a small, isolated island community whose existing divisions are amplified by the return of a disgraced young man (Zach Gilford) and the arrival of a charismatic priest (Hamish Linklater).

When Father Paul’s appearance on Crockett Island coincides with unexplained and seemingly miraculous events, a renewed religious fervor takes hold of the community – but do these miracles come at a price?

The one-sheet arrives ahead of the show’s trailer which will debut next week on September 9th. The entire run of “Midnight Mass” debuts on Netflix on September 24th.

MIDNIGHT MASS is coming 9/24… and the full trailer lands one week from today. @midnightmass pic.twitter.com/TCLctE0Kw9

No, wildfire smoke won’t kill your PC. But it might hurt it