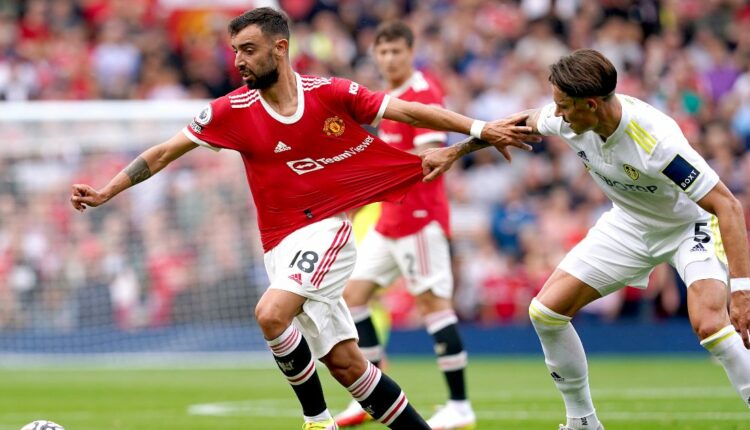 Pundit: Leeds defender was ‘like a fish out of water’ against Man Utd

Danny Mills has suggested that Robin Koch was “out of position” and he was out of his depth for Leeds United against Manchester United on Saturday.

The 25-year-old joined Leeds United last summer ahead of their return to the Premier League. He made the move from German outfit Freiburg for around £13m.

Koch’s debut season was disrupted by injury, as he was only able to feature 17 times for them in the English top flight.

The defender made his first appearance of the campaign at the weekend at Old Trafford against Man United. It proved to be a difficult afternoon for Koch and Leeds.

Marcelo Bielsa‘s side were beaten 5-1 by the Red Devils as Paul Pogba and Bruno Fernandes hit their stride in the season opener.

Mills has taken aim at Koch during an interview with Football Insider: He highlighted the importance of Kalvin Phillips while suggesting that the centre-back was “out of position” against Man Utd:

“Robin Koch was playing out of position and looked a little bit like a fish out of water at times against Bruno Fernandes.

“He simply could not get near him.

“That puts more pressure on the back two when midfielders aren’t doing their job.

“If you had Kalvin Phillips in front of them, it may well have been a different story. This is why it is a team game and not just about individuals.”

Elsewhere, Gabriel Agbonlahor has insisted that Leeds “need to change” how they play against the top teams:

“Leeds need to change their tactics for different games and they’ll get better results. How can you lose 6-2 last season and have the same tactics this season?

“It’s naïve from Leeds. Pushing too many bodies forward, allowing Manchester United to have that many players go forward.

“You have a Mason Greenwood one v one, Paul Pogba one v one, Bruno Fernandes running through the midfield with no one following him.

“It doesn’t make a lot of sense and Leeds are going to get a lot of these defeats this season if they still play like that. You have to change your tactics for each game.

“It’s different if you’re playing Norwich, they’d probably get away with that. When you’re playing Manchester United, the first home game of the season, they’re always going to be on the front foot.

“Leeds need to change the way they play against bigger teams.”