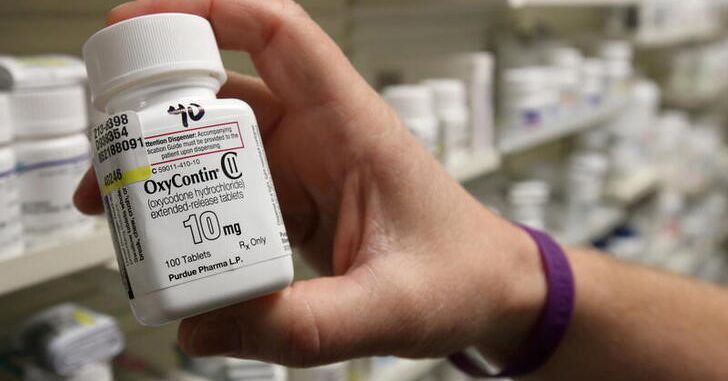 A pharmacist holds a bottle OxyContin made by Purdue Pharma at a pharmacy in Provo, Utah, U.S., May 9, 2019. REUTERS/George Frey

(Reuters) – The trial over Purdue Pharma’s settlement of opioid-related litigation will last up to 11 days, a judge said on Monday, warning parties that he will “cut people off if they are wasting time.”

During a virtual status conference, U.S. Bankruptcy Judge Robert Drain in White Plains, New York set the stage for the trial that will determine whether the OxyContin maker can bring its nearly two-year-long Chapter 11 case to a close.

“You are — all of you — to fit within that time, period. Because I believe any capable lawyer can do so,” he said.

Purdue’s bankruptcy reorganization plan rests on a settlement with the Sackler family members that own the company which protects them from future opioid-related claims in exchange for a $4.5 billion contribution to the deal.

The settlement has support from U.S. states, municipalities, hospitals, and individuals, but faces opposition from a handful of states and the U.S. Department of Justice’s bankruptcy watchdog, the U.S. Trustee.

Purdue says the deal, which steers funds toward opioid abatement programs, is worth more than $10 billion.

Critics of the settlement oppose the “third-party releases” that would provide legal protections to the Sacklers. The company has said that without the releases, the entire settlement, including billions of dollars for state and local opioid abatement programs, would collapse.

The trial will begin on Aug. 12 and continue for two weeks. Drain told lawyers during the conference on Monday that this is the most time he has ever reserved for a trial since he became a judge in 2002.

“I will simply cut people off if they are wasting time,” he said.

Purdue’s lawyers at Davis Polk & Wardwell estimated that unless the judge limited the trial time, at least 205 hours, or more than 29 days, could be spent just presenting evidence.

Maria Chutchian reports on corporate bankruptcies and restructurings. She can be reached at [email protected]