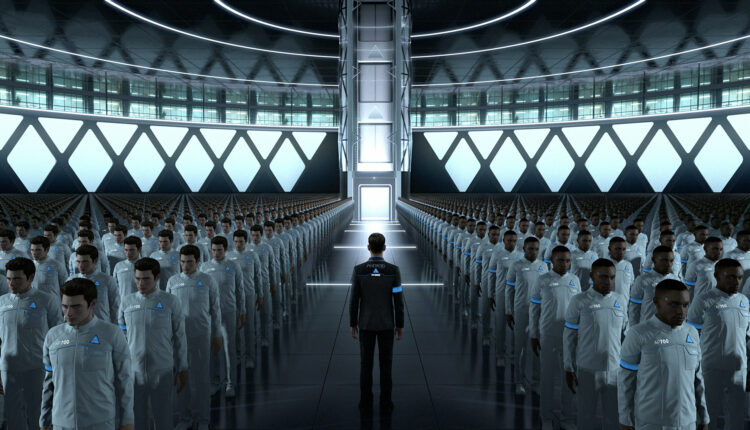 The controversial Detroit: Become Human developer is said to be looking into different kinds of games Over the past few days, multiple reports have come out that Detroit: Become Human developer Quantic Dream is working on a Star Wars game.

It all started when YouTuber Gautoz reported on the project, which DualShockers then corroborated in its own story. Now, Kotaku reports that it has confirmed the existence of the game from its own separate source alongside some details about what it will actually be.

Per Kotaku, the game will not be a gameplay-lite, quick-time-event-heavy experience like Quantic Dream’s previous games. Instead, the game will have more action-oriented gameplay and, potentially, even open-world and/or multiplayer components. Kotaku says this game has been in development for around a year-and-a-half. Specific platforms or release timing were not mentioned.

MobileSyrup has reached out to Quantic Dream for comment and will update this story once a response has been received.

Kotaku notes that is part of a larger push within Quantic Dream to diversify the types of games that it makes. To that end, Kotaku reports that the development of the game is being led at Quantic Dream’s Montreal studio, which was opened earlier this year.

At the time, Quantic Dream said that its Montreal team will work “in tandem” with the main Paris-based studio. Given that Montreal boasts one of the largest hubs of game developers in the world, it’s easy to see Quantic Dream bringing in new and fresh talent for this Star Wars project.

This would be the third recent Star Wars game project to come out of Montreal; EA-owned Motive developed the campaign for 2017’s Star Wars: Battlefront II and all of 2020’s Star Wars Squadrons. EA currently has a 10-year exclusivity deal with Disney to develop Star Wars games through 2023. With that agreement soon coming to an end, other developers are coming on to make Star Wars games, including Ubisoft (an open-world adventure title) and Aspyr (a Knights of the Old Republic remake).

Quantic Dream, meanwhile, has been caught up in its fair share of controversies over the past several years. In January 2018, French media outlets Le Monde, Canard PC and Mediapart all published reports alleging a toxic work culture at Quantic Dream. In particular, David Cage, the founder of Quantic Dream and writer/director of all of its games, has been accused of repeated racist and homophobic behaviour. Further, Halifax-born actor Elliot Page, who starred in 2013’s Beyond: Two Souls, had also once explored legal action against Quantic Dream for creating a nude in-game model of him without consent.

Quantic Dream has sued the publications for libel, although the case was recently thrown out, with some appeals ongoing. It’s unclear how directly involved Cage and/or other members of the Paris-based Quantic Dream team might be involved with the rumoured Star Wars game.