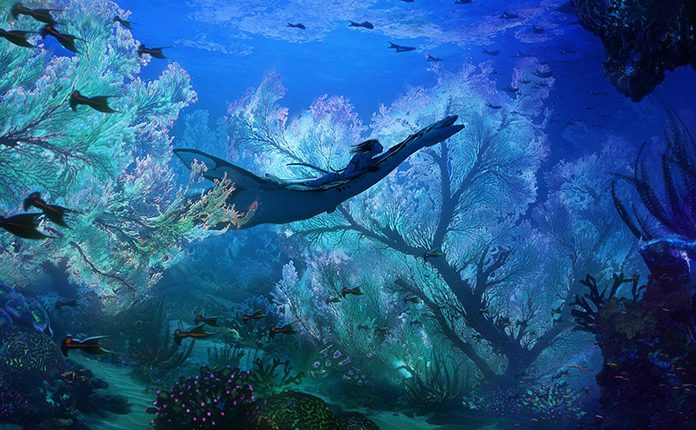 Avatar 2
A new piece of concept art for the long in the works sci-fi sequel “Avatar 2” has been released in celebration of World Oceans Day. “Avatar 2” itself doesn’t arrive in cinemas until December 2022.

The art showcases one of the Na’vi riding an undersea creature in the film which will dive deep into Pandora’s oceans in this outing with an exploration of the complex and colorful underwater world of this alien planet. [Source: Twitter]

The Outer Banks
Netflix has set a July 30th premiere for the ten-episode second season of its coming-of-age drama “Outer Banks”. The series follows a tight-knit group of local teens in a North Carolina beach vacation spot.

In the new episodes, John B (Chase Stokes) and Sarah (Madelyn Cline) are on the run in the Bahamas. New friends also bring new foes as they’re back on the trail of the gold.

Evil
Paramount+ has released a new 30-second promo for the second season of its original horror series “Evil” which is shifting to the streamer after debuting on CBS last season. The thirteen-episode new season is set for a June 20th launch with weekly episodes.

In the series Yorick and his pet monkey emerge as the sole male survivors in a worldwide androcide that obliterated every mammal with a Y chromosome. Showrunner Eliza Clark released this image of a masked Yorick.