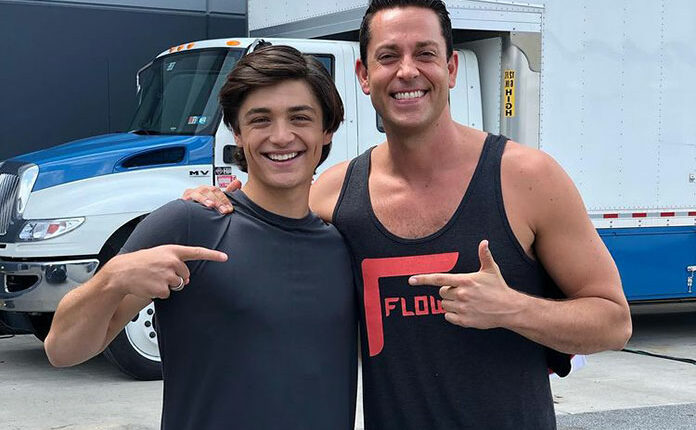 Shazam! Fury of the Gods
Actor Asher Angel has celebrated wrapping his filming on “Shazam! Fury of the Gods” with a behind-the-scenes photo of him and Zachary Levi – the two men who play different versions of Billy Batson. David F. Sandberg helms the feature which hasn’t finished production just quite yet, but is “almost to the finish line” with a few days left. [Source: Instagram]

That makes it one of the first major horror fiction films to cast a double amputee in a starring role. Production began in August with the film to stream exclusively on Paramount+ sometime next year. [Source: Variety]

The story centers on a high school senior (Condor) who has lived her life under the radar. Over the course of one night, she seizes the opportunity to change her narrative and start living an epic life, only to find out the next morning that she’s a ghost. Filming begins next month in Los Angeles. [Source: Variety]

You
Netflix has announced an October 15th premiere date for the third season of psychological thriller “You”. The new run begins with Joe and Quinn married and raising their son, Henry, in the northern California suburb of Madre Linda.

Their family life begins to grow complicated due to Love’s impulsiveness and Joe’s budding interest in that woman who lives next door, especially as he begins to feel trapped by how well Love understands him.

The single-issue series will take deep dives into the most important topics that are currently part of the national conversation. Stewart will be in discussion with the people who are affected by the issue under discussion, as well as those who have a hand in creating the impact.