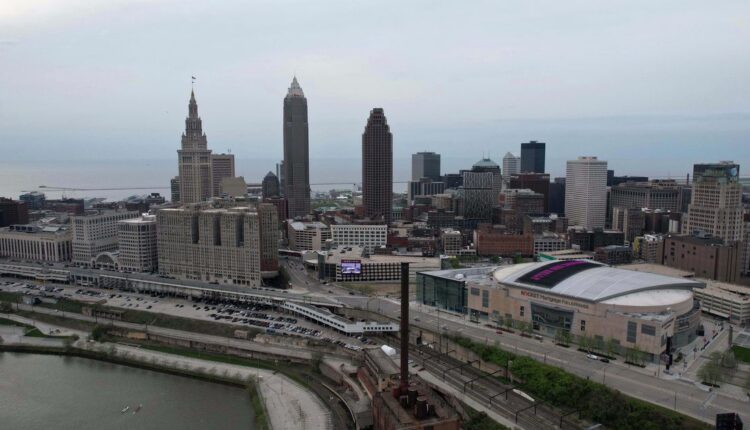 (Reuters) – A U.S. appeals court on Monday revived claims that the City of Cleveland violated federal anti-discrimination law by assigning Black EMS workers to a night shift to avoid having an all-Black team working during the day.

A unanimous three-judge panel of the 6th U.S. Circuit Court of Appeals said employees’ shifts amount to “terms of employment” under Title VII of the Civil Rights Act of 1964, so altering them because of a workers’ race can qualify as discrimination under the law.

Title VII prohibits discrimination “against any individual with respect to his compensation, terms, conditions, or privileges of employment.”

In a January amicus brief, the Department of Justice and Equal Employment Opportunity Commission said that because the shift changes were discriminatory on their face, the plaintiffs in Monday’s case did not need to show any further material harm or adversity to defeat the city’s motion for summary judgment.

The Cleveland Department of Law did not immediately respond to a request for comment. Nor did Jared Klebanow of Klebanow Law, who represents the plaintiffs.

The five plaintiffs are all captains in Cleveland’s Emergency Medical Service division. The city uses a seniority-based bidding system to assign shifts, which gives preference to longer-tenured captains.

In 2017, the plaintiffs bid in such a way that some day shifts would be staffed entirely by Black captains. The city’s EMS commissioner removed one of the plaintiffs, Reginald Anderson, from the day shift and replaced him with a white captain in order to diversify the shift, according to court filings.

Some of the Black captains complained about the race-based assignments, spurring local news coverage and prompting their union to file grievances with a state labor agency, which were sent to mediation.

The plaintiffs in 2019 sued the city in Cleveland federal court, claiming the race-based shifts violated Title VII and a comparable Ohio law, and that they had faced retaliation for complaining.

U.S. District Judge James Gwin granted summary judgment to the city last year. He acknowledged that transferring a captain to a different shift on account of race amounted to discrimination under Title VII, but said the captains could not show that the shift changes subjected them to a “materially adverse employment action.”

But on Monday, the 6th Circuit agreed with the position of the plaintiffs, backed by the DOJ, that shift changes by themselves can be materially adverse. In the captains’ case, being assigned to a night shift affected the bidding schedule, reduced the benefits of seniority, and diminished their supervisory responsibilities, the court said.

The panel also rejected the city’s claim that Title VII only applies to employment decisions that cause economic harm.

“Cabining the provision to pocketbook harms would render meaningless many of the words in the statutory phrase ‘compensation, terms, conditions, or privileges of employment,'” Circuit Judge Jeffrey Sutton wrote. “As the words after ‘compensation’ suggest, Title VII indeed extends beyond economic discrimination.”

For the plaintiffs: Jared Klebanow of Klebanow Law

For the city: William Menzalora

Dan Wiessner (@danwiessner) reports on labor and employment and immigration law, including litigation and policy making. He can be reached at [email protected]