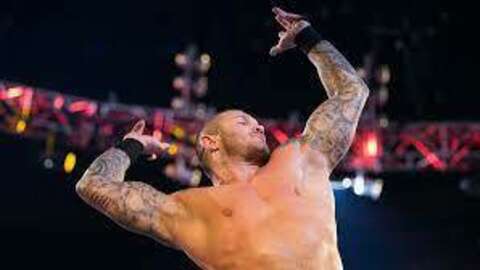 Early on March 2, Soulja Boy found himself in the crosshairs of WWE superstar Randy Orton, after the rapper called wrestling “fake.” While many WWE fans and other wrestlers found themselves disagreeing with “Crank That” performer, it was Orton who lashed out the hardest.

Over the course of the morning, the two went at it on Twitter, all starting with Soulja Boy’s “Rap game faker than WWE” tweet, which was retweeted by Retribution member T-Bar. That’s when Orton saw Soulja Boy’s tweet and went off.

Fake? Dare this prick to step up. He dont like movies? Consider us actors that do stunts, without pads 200 days a year and don’t bitch when we get surgically repaired and come right back. Consider us 100 times tougher then anyone you’ve come across. Aint nuthin but a bitch ass… https://t.co/D3CQb9IxEO

“Fake? Dare this p**** to step up,” Orton tweeted. “He don’t like movies? Consider us actors that do stunts, without pads 200 days a year and don’t b**** when we get surgically repaired and come right back. Consider us 100 times tougher [than] anyone you’ve come across.” He ended the reply by calling Soulja a “b**** ass.”

Soulja Boy was not intimidated, though. He directly re-posted Randy’s tweet, and wrote back, “Do you know who the f*** I am? I’ll bring the real wrestling. Don’t play with me.”

Orton finished by, what seems like, a challenge. “Come to my world and say that. Dare ya.”

Fellow rapper Bow Wow also got involved in the conversation and continuing to taunt wrestlers as he has been in the past few months, stating he wants to be a WWE wrestler.

Celebrities and wrestling go back decades, usually hyping up a particular storyline such as Mickey Rourke and Chris Jericho back in 2010 for Wrestlemania. The current 24/7 Champion is one of the biggest musical acts in the world right now as well. With Wrestlemania coming in fast, anything is possible from this altercation.