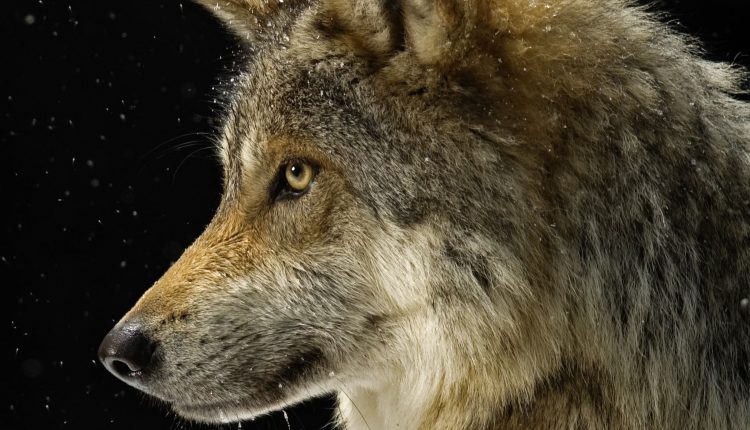 Meet the red wolf, the world’s most endangered member of the dog family.
Native to the United States, red wolves (Canis rufus) have a tawny, reddish coat, and they are intermediate in size between grey wolves and coyotes. That makes sense, as these two species interbred in the past to produce the red wolves’ ancestors. Nevertheless, recent research shows that red wolves are a unique species.

The only place where red wolves remain in the wild is the Alligator River National Wildlife Refuge in eastern North Carolina, and surrounding counties. There are only an estimated 35 or fewer wild red wolves, and the International Union for the Conservation of Nature classifies them as critically endangered.

History
Like other wolves, these animals were hunted and persecuted on a massive scale in the 19th and early 20th century. By the 1960s, only a small population remained in southwestern Louisiana and eastern Texas. A rescue plan was launched, in which 14 animals were taken to establish a captive population at the Point Defiance Zoo and Aquarium in Washington State between 1974 and 1980.
It was just in time, as the species was declared extinct in the wild in 1980.
Captive breeding increased their numbers, and in 1987 scientists released four pairs into the Alligator River refuge. Beginning in 1992, the U.S. Fish and Wildlife Service also tried to establish a population in Great Smoky Mountains National Park, but that attempt failed due in part to a low prey density, and the animals moving out of the park to find food. The remaining wolves in the Smoky Mountains were taken to the North Carolina refuge in 1998.
The population peaked in North Carolina in 2006 at around 130, but has since declined to between 25 and 35 individuals.

Appearance
Red wolves grow up to 26 inches tall, and adults measure about four feet in length from tail tip to nose. They range in weight from about 45 to 80 pounds, and have pointy ears and broad muzzles, wide heads, and long slender legs. They are often mistaken for coyotes, although they are significantly larger.

Habitat and range
Red wolves once ranged throughout the entire Southeast, as far north as New York, northwest to Missouri, and down to mid-Texas. In the 1960s, the animals were living mostly in marshy areas and coastal prairies, but that’s mainly because these were the only areas where they had survived.

Behavior
Like all wolves, these animals form close-knit packs and are highly social. These packs, which usually consist of a breeding pair and their offspring of various years, contain between five and eight individuals.
Red wolves mate for life, and these pairs usually mate once a year, in February. Pups are usually born in April or May and concealed in well-hidden dens.

Diet
These canids are carnivores, and like to hunt and eat white-tailed deer, racoons, and small mammals like rabbits and mice. They can eat up to five pounds of food a day.

Classification and protection
Some questions and controversy have lingered over the taxonomic status of red wolves, but their classification has been definitively addressed by a lengthy study published in 2019 by the National Academy of Sciences, which concludes that red wolves are a legitimate wolf species (Canis rufus) separate from grey wolves and coyotes.
In June 2018, the Fish and Wildlife Service proposed allowing North Carolina landowners to shoot the animals if they strayed onto their property, a decision that was struck down in court in November 2018. It remains illegal to kill the animals, though gunshot wounds have been the leading cause of death.

Medical News Some jellyfish sperm have stingers that fire inside females

Flying with kids? Follow these tips for a stress-free flight