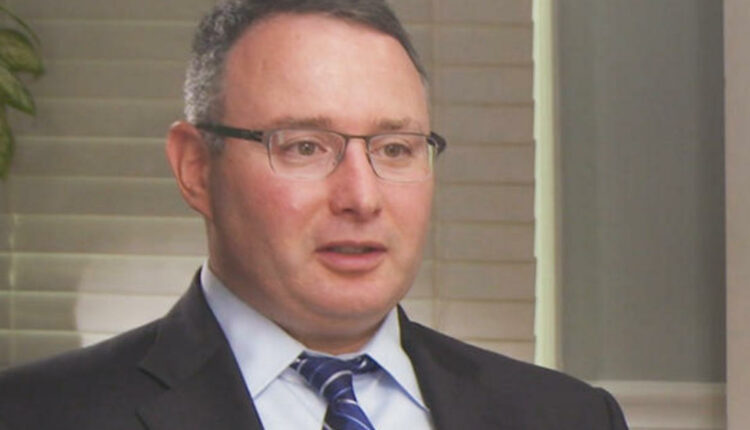 Retired Lt. Col. Alexander Vindman speaks out about his role in the impeachment of Trump

Alexander Vindman on truth and its consequences

Alexander Vindman on truth and its consequenc…

“I was the driving force behind this whole thing,” said retired Lt. Col. Alexander Vindman. “I’m getting some chills talking about it right now.”

Vindman is talking about the impeachment of President Donald Trump. Resplendent in his Army uniform, he was the star witness against his commander-in-chief.

In his November 2019 testimony before the House Intelligence Committee, he stated: “This is America.  This is the country I’ve served and defended, that all my brothers have served. And here, right matters.”

And that is the title of his memoir – a coming-to-America story which began in 1979, when his widowed father, Semyon, packed up Alexander, his identical twin, Eugene, and their older brother, and fled Ukraine, which was then part of the Soviet Union.

“I know that for my children it is no future, bright future there,” said Semyon. “That’s why it is time to go in the free country.”

CBS News national security correspondent David Martin asked, “What did you expect to find when you came to this country?”

“I expected freedom,” he replied.

“Did you find freedom here?”

“Yes, I find freedom,” he laughed. “More freedom than I expected!”

They grew up in Brooklyn, speaking Russian at home while Semyon made $20 a day moving furniture – an immigrant family with rambunctious twins who didn’t learn discipline until they joined the Army.

Alexander became an infantry officer and earned a Purple Heart in Iraq. “It was an ambush with an improvised explosive device,” he said.  “I took shrapnel, which I still have in my leg, my shoulder, my back.”

“When Chairman Dunford introduced me as, you know, of Ukrainian origin, Gerasimov joked that, ‘No wonder relations between the U.S. and Russia are so bad,'” Alexander recalled.

Then, on the day of President Trump’s summit meeting with Russian President Vladimir Putin in Helsinki, Alexander reported to the White House for his dream job on the National Security Council staff: “The job that I had been trying to get to, the heart of government, the belly button for everything that was going on,” he said.

“He was distant, he was morose,” Alexander said. “He was reluctantly conducting this phone call, and only when it came around to this discussion of the Bidens did he kind of engage and perk up.”

According to the transcript, Mr. Trump asked Zelensky to “do us a favor”: open an investigation into then-Democratic candidate Joe Biden and his son, Hunter’s, dealings in Ukraine.

On July 25, 2019, President Trump spoke with the president of Ukraine, who was seeking Javelin anti-tank missiles from the United States for its defense against Russian incursions. Before acknowledging the arms request, Mr. Trump asked for dirt to be used against his Democratic rival, Joe Biden, related to Biden’s son, Hunter, who had business dealings with a Ukrainian company.

What Alexander did next made the name Vindman a household word: “I go straight upstairs into the legal suite, and my twin brother’s office is almost as soon as you walk in.  I go in, close the door, and tell him, ‘Eugene, if what I’m about to tell you becomes public, the president will be impeached.'”

“Did you want the President to be impeached?” asked Martin.

“I had no thoughts about this ever becoming public,” he replied.

Eugene said, “We may not have known all the consequences in that first five-minute conversation. But our mind was very quickly made up about what actions we would take and what our duty was.”

For their father, accusing the President of the United States of impropriety was unthinkable: “I tell him, ‘Stop, don’t do this.'”

Martin asked, “What did you think might happen to him?”

“I live in Soviet Union 47 years,” said Semyon. “If he tried to do this in Soviet Union, he immediately go in prison without question for a long time. … He maybe live three days only, and they [shoot] him in prison immediate.”

The Democratic majority in the House voted to impeach President Trump, but the Republican majority in the Senate voted to acquit him … and the Vindman twins were banished from the White House. Alexander said, “The Senate trial ends, I believe, on a Wednesday. I was let go on Friday. … They fired my brother for good measure.”

“We were in the middle of an ‘enemy camp,'” Eugene said. “I was surprised that it took till Friday before we were both marched out.”

Martin asked Semyon, “What did you think about that?”

“They not deserve to go from House. They honest people, serve in Army 21 years. He fight in Iraq. He protected our freedom.”

They were both still on active duty in the Army, and the commander-in-chief tweeted on February 8, 2020 that Alexander had been “very insubordinate.”

“Very, very quickly, I discovered that the Department of Defense wanted me out of sight and out of mind,” said Alexander.

Both Vindmans were ousted from their posts at the White House following Mr. Trump’s impeachment trial.

He had already been selected to attend the Army war college, a plum assignment that carried with it a promotion to colonel. It looked good on paper, but senior officers privately warned him he had no future in the army. “The best I could expect to do is to ride out a career as a colonel and do some fluff assignment somewhere else.”

“I could’ve ended up in a radar station in Alaska,” he replied.

Eugene stayed in. and was promoted to colonel. But Alexander hit “send” on his retirement papers and left the Army, to become a historical footnote.

“How many officers in the United States Army could pinpoint exactly the moment they made the difference?” Alexander said. “And that seems like a small price to pay, a small sacrifice for my nation.”

Asked if he remembered how he ended his opening statement before Congress, Alexander replied, “Of course”:

“Dad … do not worry, I will be fine for telling the truth.”

“Were you fine?” Martin asked.

“It didn’t look great,” Alexander said. “I was deeply concerned about, you know, taking care of my family and meeting my family’s needs. But I also had the confidence that I would be able to start over like my father did.”

Semyon said, “That’s why I bring you here. It’s a free country. You can do what you want.”

For much of this country, the impeachment of President Trump was a political circus. For the Vindman family, it was a coming-to-America story like no other.

Of his sons, Semyon said, “Good boys. I like these boys!”