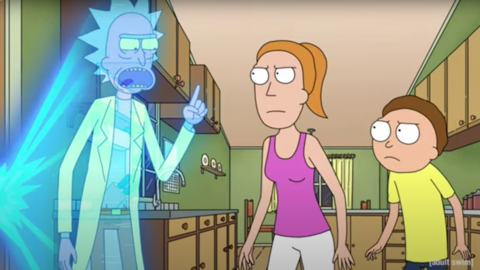 After what felt like an untenable wait, Adult Swim has announced that Rick and Morty will be returning for Season 5 on June 20 at 11 PM. The announcement was made with a trailer uploaded to YouTube, captioned with the tongue-in-cheek suggestion that fans “can start asking us about Season 6.” Check out the trailer below.

Beyond the excitement above, the show also last year shared an animatic of a Season 5 scene, which together can hopefully help tide you over until June.

Season 4 began airing way back in November 2019, which of course means the show’s subsequent production–just like everyone and everything else on the planet–had to adapt to the pandemic. Even though it’s been a lengthy delay to this point, last fall, the show’s co-creator Dan Harmon that, “We’re more on schedule than we’ve ever been… It kind of makes you have to focus on the whole process when you don’t have this office environment anymore.” Harmon wasn’t kidding–he also added that the show’s team is “very late into the process of writing Season 6.”

In fact, Harmon has been so prolific that he also has sometime in 2022. The untitled series will reportedly be set in ancient Greece and be centered on “a flawed family of humans, gods, and monsters that tries to run one of the world’s first cities without killing each other.” Harmon has also been .

Summer Games Done Quick Will Be Online-Only Again In July