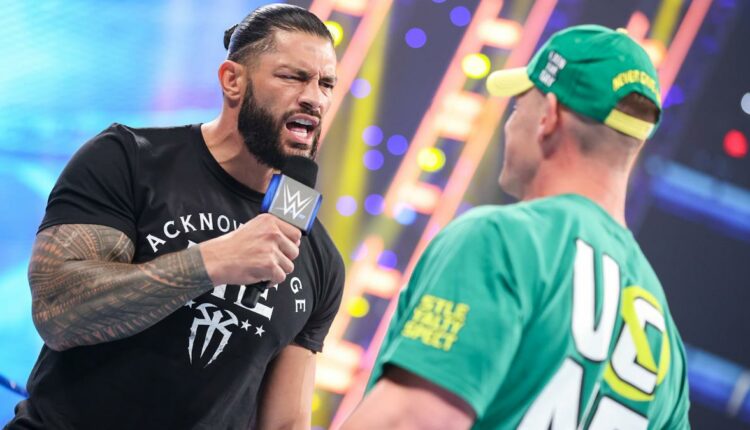 Roman Reigns has promised to quit WWE if John Cena beats him at SummerSlam.

The Tribal Chief got rattled on SmackDown and decided to raise the stakes of the two top stars’ Sin City showdown in Las Vegas on Saturday night by adding an extra stipulation to the Universal Championship main event.

As Cena and Roman traded verbal jabs on the blue brand’s go-home show on Friday night, the Universal Champ had enough and dropped a major bombshell and vowed to leave the company if he loses the gold.

His opponent had already claimed he’ll be winning the title and taking it straight back to Hollywood to leave Reigns embarrassed, and now there’s even more on the line.

It’s an added bit of drama for the match, with Roman seeming like the obvious win but there’s still some lingering doubt with Cena now a bona fide movie star while also chasing a record 17th world championship.

Of course, there’s also the small matter of a potential comeback for Dwayne ‘The Rock’ Johnson later this year to set up a WrestleMania dream match with his cousin Reigns – so who knows what will happen?

Elsewhere on SmackDown, Edge went back to the Attitude Era and embraced his past in the Brood as he caught Seth Rollins in a bloodbath.

The two stars each said their piece at different times during the night, but it was the Rated R Superstar who got the last laugh over the Drip King.

Bianca Belair also built some momentum heading into SummerSlam as she defeated both Zelina Vega and Carmella in back to back matches.

However, her opponent Sasha Banks wasn’t on the show just one night before the clash over the SmackDown Women’s Title, so it’ll be interesting to see how the next 24 hours unfold.

Elsewhere, Otis beat Montez Ford, Jimmy Uso capitalised on miscommunication between Dominik and Rey Mysterio to beat the latter, and the team of Shotzi and Nox once again knocked off Natalya and Tamina.

We also saw Big E attack Baron Corbin during the latter’s match with Kevin Owens in a failed attempt to get back his Money In The Bank briefcase, while Rick Boogs made his SmackDown debut teaming with Shinsuke Nakamura against Apollo Crews and Commander Azeez.