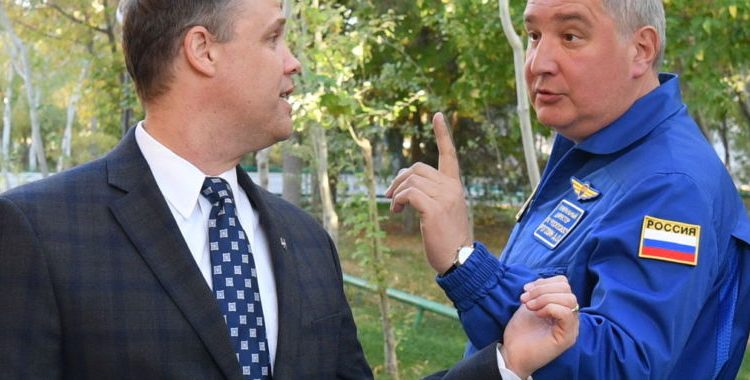 Coal in his stocking —

“The first thing they did is spit into the Samara well.”

On Monday the US Commerce Department released a list of Chinese and Russian companies that it says have military ties. The list designates 58 Chinese and 43 Russian companies as “military end users” and requires exporters to obtain a license before selling them products. Such licenses are unlikely to be issued.

“The Department recognizes the importance of leveraging its partnerships with US and global companies to combat efforts by China and Russia to divert US technology for their destabilizing military programs,” said Commerce Secretary Wilbur Ross in making the announcement.

The list includes several space companies in China and Russia, including the Progress Rocket Space Center in Samara, Russia. This company develops and manufactures the Soyuz rockets that have carried Russian and US astronauts to the International Space Station for the last decade after the US space shuttle retired.

The inclusion of the Soyuz manufacturer drew a swift rebuke from Dmitry Rogozin, the leader of Russia’s space corporation, Roscosmos, on Tuesday. In his heated statement, Rogozin said the restrictions were “illegal,” and he characterized them as “stupid.”

“This Samara enterprise manufactures the legendary Soyuz-2 launch vehicles, with the help of which the Soyuz MS spacecraft has been taking American astronauts to the ISS for 10 years already,” he said. “Now, it turns out that our American colleagues have their ‘trampoline working’ again, and the first thing they did is spit into the Samara well. Isn’t it too early, colleagues, in case your ‘trampoline’ breaks again suddenly and you will have to satisfy your passion for space from our well again?”

Rogozin’s comment about a trampoline dates back six years ago, to when he personally was targeted for sanctions by the US government following the Russian invasion of Crimea. At the time, when NASA was entirely beholden to Russia to get astronauts to the International Space Station, Rogozin said, “After analyzing the sanctions against our space industry I suggest the US delivers its astronauts to the ISS with a trampoline.”

Ultimately, this proved embarrassing for Rogozin. In May, after SpaceX’s Crew Dragon and Falcon 9 rocket launched humans into orbit from the United States for the first time since 2011, company founder Elon Musk quipped, “The trampoline is working.” SpaceX has since safely launched a second crew to the space station and has two more missions set for 2021. Roscosmos has not yet committed to flying a cosmonaut on the US vehicle.

With his latest comments, then, Rogozin is suggesting that the SpaceX vehicles may yet have a problem. This is perhaps not surprising, as Ars has recently reported, Rogozin seems obsessed with the success of SpaceX and how it has damaged the economic prospects of his own corporation.

None of this seems helpful to the ongoing cooperation between NASA and Roscosmos to operate the space station. Rogozin acknowledges as much, saying, “These sanctions are harmful, because they will create additional obstacles and irritations in such an important cooperation between Russians and Americans in space and on the ISS in particular.”

Six years ago, Rogozin’s words ultimately proved to be little more than bluster. It remains to be seen whether today’s statement and fallout from these economic restrictions lead to a more permanent problem for the international partnership that has successfully flown the space station for more than two decades now.