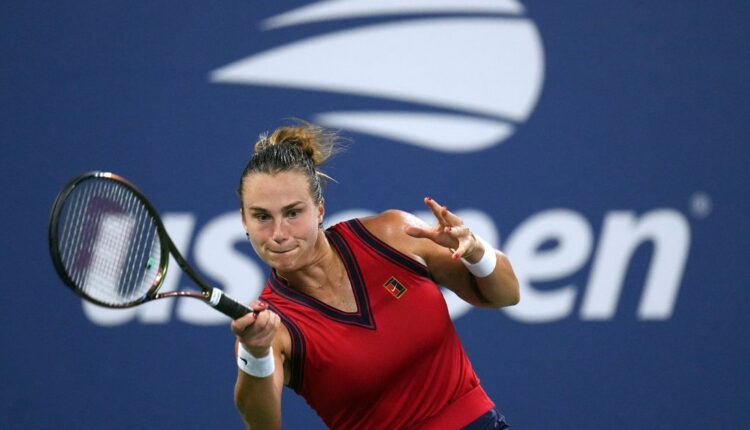 NEW YORK, Sept 1 (Reuters) – World number two Aryna Sabalenka sent Slovenian Tamara Zidansek packing in just under an hour on Wednesday, rolling through to the third round of the U.S. Open with a 6-3 6-1 win.

The Belarusian broke her opponent in the first game and never ceded the momentum as Zidansek struggled with her serve, committing four double faults, and making 19 unforced errors.

Sabalenka fired off 24 winners compared to just eight from her opponent in the lopsided match, as she dominated from the baseline and made only 10 unforced errors.

It was a significant improvement from her opening match on Monday, when the Wimbledon semi-finalist beat Serbian Nina Stojanovic despite 42 unforced errors over three sets.

Sabalenka faces American Danielle Collins in the third round as she continues her bid for a maiden major title.