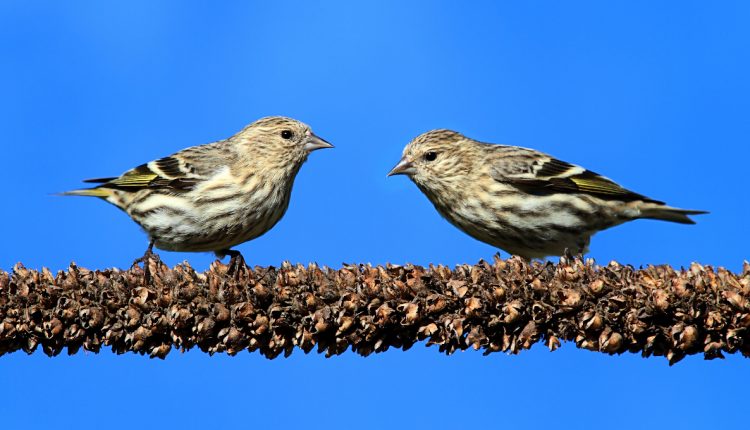 Public health officials in several states are collecting different types of data to investigate a multi-state outbreak of Salmonella Typhimurium infections in people. The outbreak is linked to an outbreak among songbirds that has been killing wild birds in recent months from coast to coast.

“Epidemiologic and laboratory data show that contact with wild songbirds and bird feeders is likely making people sick in this outbreak,” according to an outbreak announcement from the Centers for Disease Control and Prevention.

The CDC reports that additional illnesses are likely to be added to the total because it takes two to four weeks for confirmation of illnesses to reach federal authorities.

People who handle wild birds or feeders can cross-contaminate surfaces and foods inside their homes.

Sick people in this outbreak range in age from 2 months to 89 years, old with a median age of 16 years. Of 17 people with information available, eight have been hospitalized. No deaths have been reported.

“Wild songbirds, such as pine siskins, can be found throughout the United States, so this outbreak may not be limited to the states with known illnesses. The true number of sick people in an outbreak is likely much higher than the number reported because many people recover without medical care and are not tested for Salmonella. In addition, recent illnesses may not yet be reported as it usually takes 2 to 4 weeks to determine if a sick person is part of an outbreak,” according to the CDC announcement.

State and local public health officials are interviewing patients about the animals they had contact with within the week before they got sick. Of the 13 people interviewed, nine reported owning a bird feeder and two reported contact with a sick or dead wild bird. Ten patients have pets that had access to or contact with wild birds.

Officials in Oregon and Washington collected samples from sick or dead wild pine siskin birds. Whole-genome sequencing analysis showed that the Salmonella from the pine siskins is closely related to bacteria samples collected from outbreak patients. This means that people in this outbreak likely got sick from contact with the same source.

The best way to avoid infection is to remove bird feeders.

For those who don’t remove the CDC recommends the following steps to increase safety for birds and humans.

Ligue 1: How Lille pulled off a shock title triumph