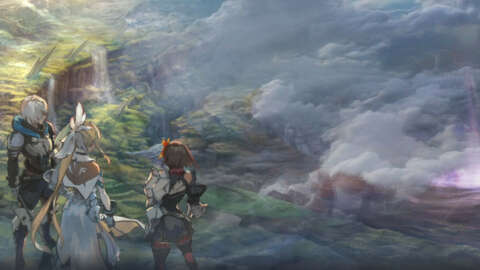 Sega will reveal a brand-new RPG at Tokyo Game Show 2021 on October 1. The teaser trailer for the mobile RPG shows a feather quill with ink drawing out the background and some of the characters that will presumably be in the game. The drawing ends with a watercolor visual of three characters overlooking a beautiful vast meadow.

There isn’t any gameplay footage, but only a few screens towards the end of the trailer depicting someone falling, a woman being stabbed by a mysterious shadowy figure, as well as another with a sword kneeling on one knee.

The voiceover accompanying the trailer, translated by IGN Japan, states that the team behind this game took inspiration from tabletop RPGs. The game is meant to be an RPG with player choice on how the story unfolds.

The game’s Twitter account has posted a tweet that says, “Not a straight road, let’s make a one-time trip”, which could be interpreted as the game’s non-linear nature. More information about this specific game will be revealed during Sega’s presentation at 9:50 AM ET / 6:50 AM PT. The presentation itself will start at 9 AM PT / 6 AM PT.

The Tokyo Game Show runs from September 29 to October 3. Plenty of big game companies will be attending the show, including Xbox.