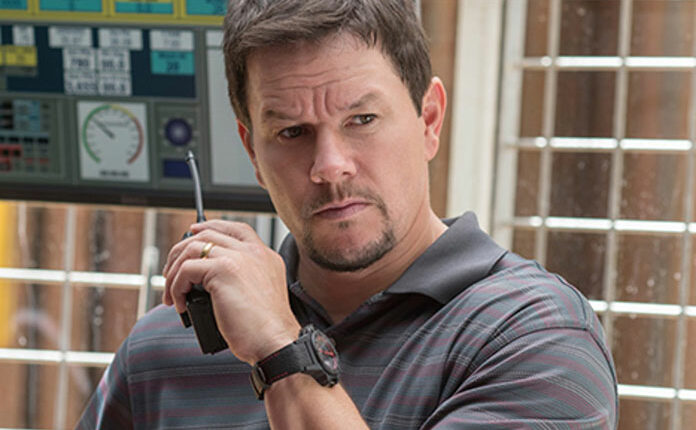 The first set photos are out of Mark Wahlberg on the set of the faith-based drama “Stu” with the actor having shaved his head and put on weight for the part.

Wahlberg previously said he planned to gain 30 pounds in six weeks for his role. Shortly after he revealed things were going much faster than anticipated, Wahlberg stacking on 20 pounds in just two weeks.

That said, the actor is also employing various make-up and padding in these shots to appear considerably heavier than he usually is. Wahlberg plays real-life boxer-turned-priest Father Stuart Long who turned to the sport of boxing as a release after growing up an angry young man.

After his career didn’t take off, Long suffered a horrible motorcycle accident and reportedly had an out-of-body experience which caused him to rediscover his faith and enlist in an Oregon seminary.

Rosalind Ross pens and directs the film which also stars Mel Gibson. Wahlberg and his manager Stephen Levinson are set to produce.

The photos come as the Wahlberg-led drama “Joe Bell,” in which he plays a father who walks across America to honor his bullied gay son, been acquired for theatrical release by Roadside Attractions who will open the film on July 23rd.

Ok so the first look at Mark Wahlberg in the upcoming “Stu” is *actually* worthy of the “x is unrecognizable* headlines. Damn. pic.twitter.com/Hsdg1y8kO2

A Beginner’s Guide to Meditation

Caron, Rodriguez Out Of CBS’ “Bull”