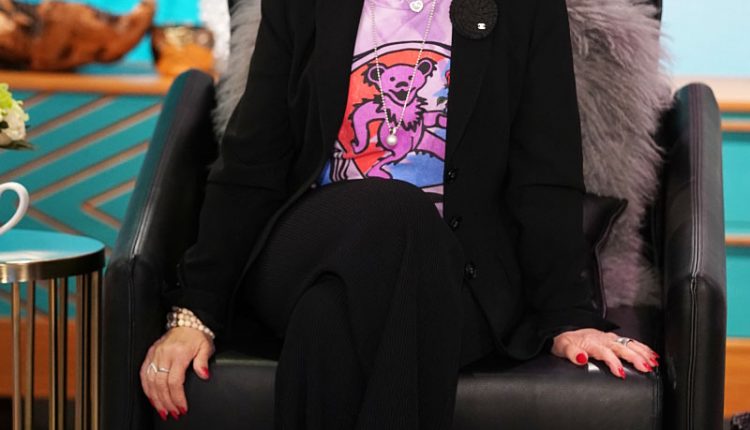 Saying goodbye. Sharon Osbourne will not be returning to The Talk following the fallout surrounding her comments defending controversial friend Piers Morgan. CBS announced on Friday, March 26, that Osbourne, 68, has “decided to leave” the show, which will return with new episodes on Monday, April 12.

“The events of the March 10 broadcast were upsetting to everyone involved, including the audience watching at home. As part of our review, we concluded that Sharon’s behavior toward her cohosts during the March 10 episode did not align with our values for a respectful workplace. We also did not find any evidence that CBS executives orchestrated the discussion or blindsided any of the hosts,” the statement obtained by Us Weekly read. “At the same time, we acknowledge the network and studio teams, as well as the showrunners, are accountable for what happened during that broadcast as it was clear the cohosts were not properly prepared by the staff for a complex and sensitive discussion involving race.”

The network added that they have been “coordinating workshops, listening sessions and training about equity, inclusion and cultural awareness for the hosts, producers and crew.” Additionally, CBS said, “going forward, we are identifying plans to enhance the producing staff and producing procedures to better serve the hosts, the production and, ultimately, our viewers.”

The English talk show host’s departure came after Osbourne got into a heated debate with cohost Sheryl Underwood during the March 10 episode over Morgan, 55, who quit his job at Good Morning Britain earlier in the month after receiving backlash for criticizing Meghan Markle.

Morgan made headlines for his comments surrounding Markle’s claims of experiencing racism while living in the U.K. ahead of her and husband Prince Harry’s royal exit in early 2020. During a tell-all interview on March 7, the couple claimed that racism toward Markle is part of why they stepped back from their royal duties. Morgan also said he didn’t believe Markle’s claims of suicidal thoughts while working as a member of the royal family.

Osbourne, who has been a part of The Talk throughout its 11 seasons, came to her longtime friend’s defense after he exited Good Morning Britain, which led to an emotional exchange with Underwood, 57, on March 10. The comedian claimed Osbourne’s support of Morgan meant she was validating his racist remarks.

“I feel like I’m about to be put in the electric chair because I have a friend who many people think is racist, so that makes me a racist,” the former X Factor judge said, to which Underwood clarified that she didn’t think Osbourne was racist.

Osbourne, however, felt it was too late for Underwood to make her clarifications, saying, “I think that seed is already sown.”

The Osbournes alum later offered a Twitter apology for defending the Piers Morgan Live alum on March 12, writing, “I have always been embraced with so much love and support from the Black community and I have deep respect and love for the Black community. To anyone of color that I offended and/or to anyone that feels confused or let down by what I said, I am truly sorry. I panicked, felt blindsided, got defensive and allowed my fear and horror of being accused of being racist take over.”

The same day, Osbourne was confronted by former The Talk cohost Holly Robinson Peete, who claimed the Unbreakable author got her fired from the show after complaining that the Morning Show Mysteries star was “too ghetto.”

Osbourne denied the allegations, saying, “I never once uttered those words” in a Twitter statement. On March 14, however, Us Weekly confirmed that The Talk would be taking a short hiatus while doing an internal investigation on the March 10 episode.

Former The Talk cohost Leah Remini then joined the conversation on March 16, claiming to journalist Yashar Ali that Osbourne lashed out at Julie Chen and Sara Gilbert when she was on the show. The King of Queens alum, 50, claimed Osbourne once said, “I mean, who the f—k does slanty eyes think she is? She shouldn’t be pillow-talking with our boss,” in reference to Chen, 51.

She also accused Osbourne of mocking Gilbert’s sexuality, saying, “Why won’t the p—sy licker do anything about the wonton?” Osbourne’s publicist, Howard Bragman, responded in a statement, calling Remini a “disgruntled former talk show host,” before defending Osbourne.

“Sharon is disappointed but unfazed and hardly surprised by the lies, the recasting of history and the bitterness coming out at this moment,” the statement read. “She will survive this, as she always has and her heart will remain open and good, because she refuses to let others take her down. She thanks her family, friends and fans for standing by her and knowing her true nature.”

Hours earlier, Osbourne told Entertainment Tonight that she was unsure of her future with the show, saying, “I wish we could go on and have [an] adult conversation calmly and work it out, but I don’t know where we can.”

After Remini’s claims made headlines, Osbourne spoke to the Daily Mail on March 17, and denied the accusations. “It’s all crap. I don’t want to go there with her. She makes her living out of outing people,” she told the outlet. “It’s got no real foundation. Allegations of calling a Chinese lady a ‘wonton,’ it’s, like, ‘Is that all you’ve got?’ All these little people who want to come out with a story about [Morgan] or me from the 70s or 80s or whatever, it’s like f–k you all.”