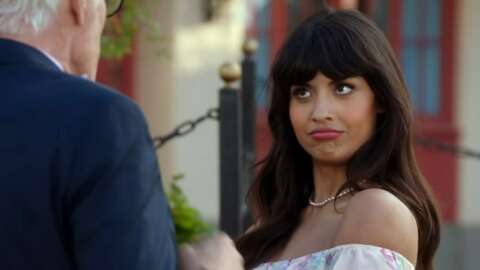 The She-Hulk series in the works at Disney+ will feature Jameela Jamil in a major role, according to a report from Variety.

According to the report, Jamil will play Titania, a super-strong villain and frequent adversary of She-Hulk. Marvel Studios have not yet officially revealed any details of the character. In the comics, Titania’s real name is Mary MacPherran, and she received her super strength through a mutation provided by Doctor Doom. Doom hasn’t yet been introduced in the MCU, so the character will likely receive her powers through some other method.

The She-Hulk series will star Tatiana Maslany as Jennifer Walters, cousin of Bruce Banner. A blood transfusion from Banner imbues her with the same gamma-irradiated Hulk powers as her cousin. While Bruce has historically been unable to control his transformation and lost his world-class intelligence to do so, Walters can transform at will and retains her full mental faculties when doing so. In the comics, Walters eventually decides to live as She-Hulk full time. Walters is a lawyer in the comics, dealing specifically with super-powered beings as her specialty. As of Avengers: Endgame, Bruce has already taken this step. It’s unknown at this time whether the character will decide to return to his human form or if they’ll take other steps to differentiate the two Hulk characters.

In addition to Maslany and Jamil, Marvel Studios has announced Renee Elise Goldsberry (currently starring in Girls5eva), Ginger Gonzaga, Tim Roth, and of course Mark Ruffalo as Bruce Banner. The studio has not yet set a release date for the series.