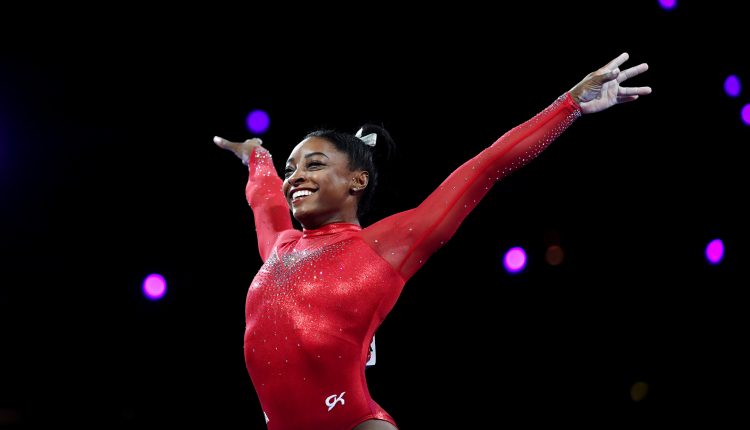 Simone Biles will return to the Olympics this year in Tokyo because she felt “called” to do so for a few important reasons. The four-time Olympic gold medalist explained in a new interview with Today that she wants to be a “voice for the younger generation,” but she also feels that her presence at the Games will send a crucial message in the wake of the USA Gymnastics sexual assault scandal.

As a reminder, back in 2018 the USA Gymnastic’s team doctor Larry Nassar was given a life sentence in prison on counts of sexual assault and child pornography, CNN reported at the time. Biles and many of her fellow Olympic gymnasts, including Aly Raisman, Laurie Hernandez, Gabby Douglas, Madison Kocian, and McKayla Maroney, have come forward, saying that they are survivors of Nassar’s abuse. Since Nassar’s crimes became public, Biles has been critical of USA Gymnastics and is now the only survivor still competing in elite gymnastics, Insider reports.

So why did she decide to return for the upcoming Tokyo Olympics? “I knew I had more to give to the sport, for myself,” Biles said in the new interview. “And I felt like I had a purpose. And now I feel like I do, and it’s to be a voice for the younger generation. And I feel like I’ve done that, so I feel like just God called me.”

Biles also said that after the USA Gymnastics scandal, “I had to come back to the sport to be a voice, to have change happen,” she said. “Because I feel like if there weren’t a remaining survivor in the sport, they would’ve just brushed it to the side.”

As powerful as it is to hear that Biles is returning to the Olympics partly because she feels called to make major changes, it’s also frustrating that she feels she needs to go out of her way to hold people accountable. But with her public persona and social media presence, “they have to do something,” she said. “So I feel like coming back, gymnastics just wasn’t the only purpose I was supposed to do.”

COVID-19 vaccinations declining even though all US adults are eligible

A 10-Minute Upper-Body Workout for Stronger Arms and Shoulders