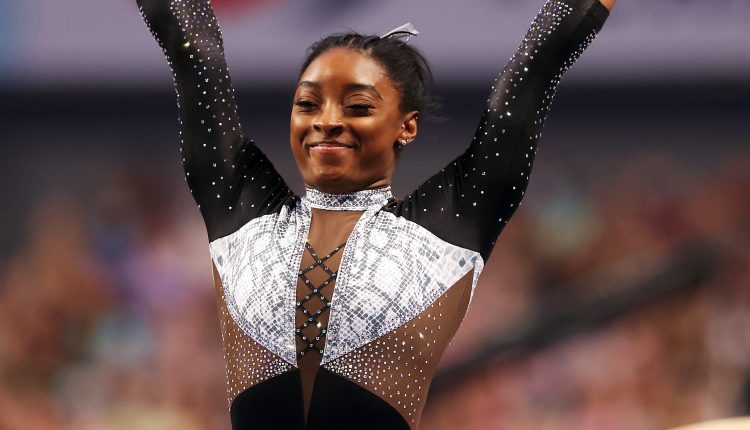 Proving yet again that she’s the GOAT, Simone Biles just won the U.S. national women’s all-around gymnastics title for the seventh time. She is the first woman to do so, which means that this win is a new record.

Biles placed first at the U.S. Gymnastics Championship in Fort Worth, Texas, with a score of 119.650, CNN reports. That put her ahead of second-place finisher Sunisa Lee by 4.7 points. Biles’s teammate Jordan Chiles placed third in the competition.

Biles already has four Olympic gold medals and is gearing up for this summer’s Tokyo Olympics. “It’s really emotional especially going into my second time doing an Olympic run,” Biles told NBC of her win. “I feel like every single championship stands out for a different reason, but this one stands out specifically because it’s the road to Tokyo.”

At this point, 24-year-old Biles has proven to be both an exceptionally skilled and daring gymnast, performing moves that many others wouldn’t even attempt. There are now four exceedingly challenging moves named after her, CBS explains, one on the balance beam, one on the vault, and two on the floor.

Biles became the first woman to perform a Yurchenko double pike vault two weeks ago when she debuted the move at the U.S. Classic. Although she’ll “definitely” do it at the Olympic Trials later this month, Biles opted not to perform it this time around. “I didn’t do it at this competition because on Wednesday I jammed my ankles and they didn’t feel too good,” she explained to NBC. “So we just made a decision to not do it and not rush it so that I wouldn’t be too, too nervous.”

See a few of the routines that helped earn Biles this record-breaking win below, per NBC Olympics.

13 of the Best-Selling Mattress Toppers on Amazon