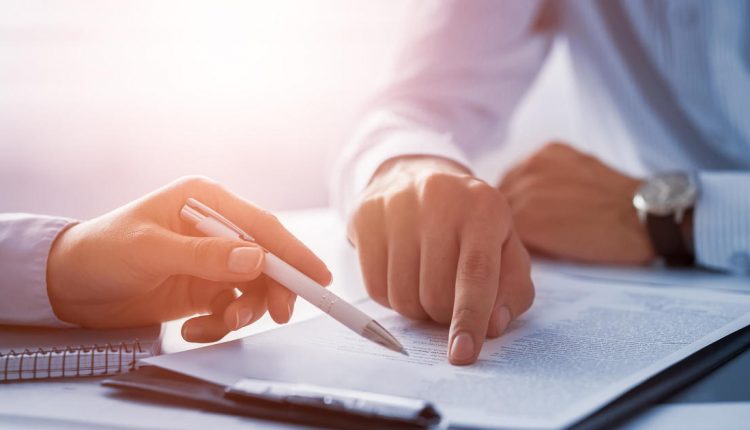 After a decade of pursuing federal contracts, small business owner Rosemary Swierk knows they’re not all worth the substantial time, energy and money — sometimes five figures — it takes to bid.

“There are certain projects that we know: It’s just not worth it,” Swierk said. “There’s a lot of ways that the federal government has unintentionally handicapped small businesses.”

Her company, Direct Steel and Construction, got its foot in the door with federal contract work roughly a decade ago during the last recession as a subcontractor after she reached out to an entire list of 660 Department of Defense contractors.

“It is an extremely hard process just for anyone to get their foot in the door,” she said.

As the Biden administration proposes trillions in new spending in the wake of the coronavirus pandemic, small businesses fear missing the chance to participate in the work, even as the administration puts emphasis on bringing more businesses in.

The federal government spent nearly $600 billion on contracts alone in the 2019 fiscal year on everything from building operations and maintenance to IT and food. As part of that, 23% of the federal procurement money must go to small businesses.

While the government tends to reach its small business goal each year, more of that money is going to fewer businesses: The number of small businesses participating in federal contracts has declined 38% over the past decade, the Bipartisan Policy Center found.

“When we asked just the population of businesses that have only done state or local work, would you be interested in applying for federal work? The good news is 75% say yes,” Joe Wall, who oversees the bank’s initiative educating and lobbying on behalf of small businesses. “So there’s a real pipeline across a variety of industries that are very much interested in applying for federal work, and I think if the procurement system was reformed to make it more simple, to make it more transparent, to make it more accessible, there’s a whole populations that could be brought into the federal contracting space.”

Among small business owners who applied for state and local contracts but not federal ones, 54% said the federal procurement process is too time consuming, 42% said they had insufficient information about opportunities, 42% said the process was too complicated, 41% claimed small businesses are not adequately prioritized so securing a contract seemed unlikely, and 31% called the federal procurement process too expensive, the survey found.

“[No one] wants the government awarding our public dollars to fly-by-night operations, so those processes are in place for a reason,” said Stangler. “However, if we are prioritizing small businesses in our contracting process, there is a taxpayer interest in wanting to make sure those processes are as streamlined and efficient as possible.”

Even among those who had applied for federal contracts, only 51% said they feel like they are able to access the necessary information on open federal contracts — meaning nearly half don’t think they know about potential work.

“There’s a lot of discovery time to just kind of find where we fit,” said Ben Johnson, CEO of Freya Systems. His software and data analytics company has submitted six proposals in roughly two years. Though none have come through, Johnson hopes to get more constructive feedback moving forward.

“I’m confident we can do great things for the government, but the existing framework and transparency is a bit of a challenge,” he said.

Bhatia said there are regulations in place, but it’s not a guarantee smaller businesses will get the money they expect.

“Just imagine if, instead of denying millions of entrepreneurs the ability to access capital and contracting, we made it possible to take their dreams to the marketplace to create jobs and invest in our communities,” President Joe Biden said June 1 in Tulsa.

Small Business Administrator Isabelle Guzman has also said contracting programs would be a priority under her leadership.

Swierk hopes there will be more and fairer opportunities moving forward that have reasonable demands for small businesses to participate.

“I feel if there is genuine intent to help small businesses,” she said, “it is really important that these policymakers understand how difficult it is to be a federal government contractor.”

Indigenous community hurt amid allegations of false identity at Queen’s

Quebec premier vows to help Mascouche, as crews clean up…

Liberal MPs issue their own recommendations on military…