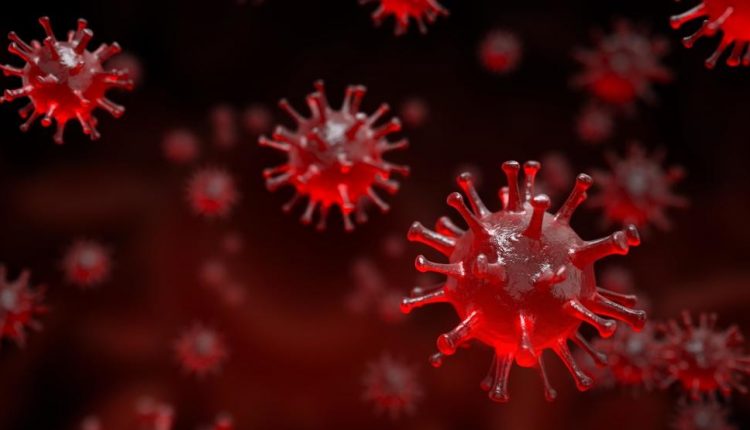 The sooner, the better is an adage that’s especially true when treating viral infections.

Usually, drugs that tamp down a virus are given within the first couple of days of symptoms. But with the coronavirus, the only two drugs known to help — an antiviral called remdesivir, and steroids such as dexamethasone — are given only to people hospitalized with the disease.

Those drugs may keep seriously ill people from dying and help them recover faster, but it would be far better to keep people from getting so sick in the first place, scientists say. To that end, they’re testing a number of drugs that could be taken as soon as someone tests positive.

Of course, scientists are also frantically working to get vaccines ready for the general public (SN: 7/10/20). Many have passed initial safety testing and entered the final phase of clinical trials to probe how well they protect against the virus (SN: 7/21/20). A Russian-made vaccine may roll out to the public there even before scientists know whether it works (SN: 8/11/20).

But even with the pedal-to-the-metal speed at which vaccine developers are working, it still may take months to years for vaccines to be readily available to everyone. “We can’t count on that, so we need another tool in our toolkit,” says Lisa Danzig, a vaccine developer and the medical adviser for the COVID-19 Early Treatment Fund. The fund was established by businessman and philanthropist Steve Kirsch to pay for outpatient clinical trials, with the goal of reducing hospitalization and death by 75 percent.

Researchers have identified and are testing a variety of existing drugs that might be repurposed to fight the coronavirus early in infections. None have been proven yet, and much of the federal and private funding for clinical trials has gone for treating the severely ill. So Kirsch’s fund has stepped in to fill that gap, for instance paying for a trial of hydroxychloroquine as a possible preventative for people who had been exposed to the coronavirus. That study found no benefit to taking the drug (SN: 6/4/20).

Even such negative results are important, Danzig says. “The important thing is to get the data, so we can say ‘yes’ or ‘no’ and we can get together and prioritize resources.”

Here are some of the potential early treatments for COVID-19 considered among the most promising, and how they work.

One way to stop the coronavirus is by denying it entry in the first place. To slip into human cells, the virus needs to essentially pick a particular lock. There are two ways it could do that, but recent studies with human lung cells suggest the coronavirus prefers one of the two routes (SN: 8/2/20). That route relies on a protein-cutting enzyme called TMPRSS2 to snip the knobby-looking spike protein studding the virus’s surface. That cut allows the virus to fuse with the cell membrane and dump its genetic material into the cell. Once inside, the virus can multiply.

In lab studies, that process can be blocked with a drug called camostat mesylate, which stops the TMPRSS2 enzyme from snipping the spike protein.

“It’s a drug that has been used for decades,” says Stefan Pöhlmann, a virologist at the German Primate Center in Göttingen. The drug is used in Japan for treating pancreatitis, and studies indicate it is generally safe. Pöhlmann and colleagues reported preliminary data August 5 at bioRxiv.org suggesting that the drug, and a chemical it breaks down to, have antiviral activity against SARS-CoV-2 and are likely to work at doses commonly given to patients. “It’s worthwhile trying in clinical trials,” he says.

See all our coverage of the coronavirus outbreak

The drug may have its best shot of stopping coronavirus at the border if it’s given as early as possible in the infection. One outpatient clinical trial is already underway in Denmark. Another trial is set to start soon at Yale School of Medicine to treat people newly infected with the virus. The Danish study is also testing the drug in hospitalized patients.

Once the virus has made its way into cells, it starts making copies of itself. Several drugs, including remdesivir, interfere with that process. Though remdesivir is given intravenously to hospitalized people with COVID-19, its maker Gilead Sciences Inc. has developed an inhaled form that might be used at home in newly diagnosed people (SN: 7/13/20), and perhaps as a preventative treatment.

Still, remdesivir is complicated to make and supplies are limited, so researchers are testing other drugs that might also throw wrenches into the coronavirus’s replication machinery.

One such drug is favipiravir. Originally developed as an anti-influenza drug and stockpiled in Japan for use in a flu pandemic, favipiravir has already been authorized for emergency use in Russia, India and China for treating COVID-19. Like remdesivir, favipiravir works by mimicking a building block of the virus’s genetic material, RNA. When the look-alike is incorporated into a growing strand of RNA, it stops production of the genetic molecule and keeps the virus from replicating.

Favipiravir has at least one advantage over remdesivir. “It’s in a pill form, and it’s not a very big pill,” says Yvonne Maldonado, an infectious diseases epidemiologist at Stanford School of Medicine who is leading a trial of favipiravir there. The study will test the drug against a placebo in an outpatient setting.

Already favipiravir has been studied in the United States for treating influenza and it didn’t work better than the current drug for that illness, oseltamivir (Tamiflu). But those tests in more than 3,000 people showed that the drug has few side effects. Maldonado and colleagues will enroll patients within 72 hours of getting a positive COVID-19 test. Participants will take the pills twice a day for 10 days, and nasal swabs will be used to determine whether the drug is reducing the amount of virus the person is producing, which may stop transmission to others.

“We’re excited because we need drugs that inhibit the virus directly,” Maldonado says.

Another experimental drug called EIDD-2801 also mimics an RNA building block and can be taken in pill form. The drug’s Miami-based maker, Ridgeback Biotherapeutics, has teamed up with global pharmaceutical company Merck to test the drug. Initial safety tests are complete and the drug is now in Phase II trials for safety, dosage and efficacy against the coronavirus, including an outpatient study in North Carolina.

An experimental compound also made by Gilead and being tested against coronavirus in cats might also hold promise against COVID-19 in people (SN: 8/11/20).

Results of these early tests may be known soon. If any of them pan out, larger clinical trials would be needed to establish efficacy. And if they don’t, there are many other drugs in the works.

Great Insight on Starting a Business and Investing in New…