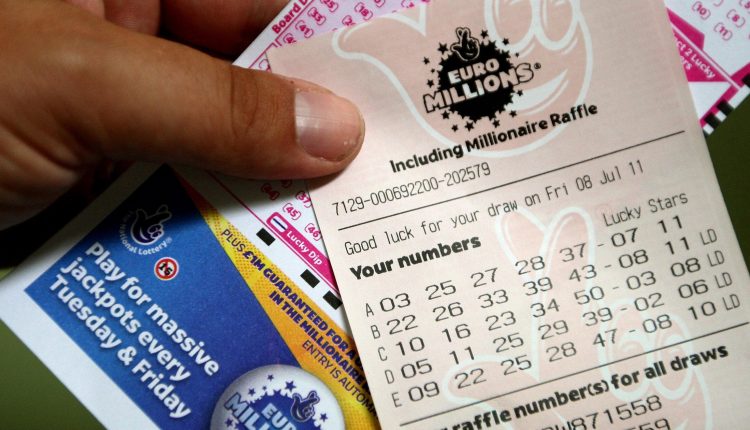 A UK ticket-holder has come forward to claim a massive £111 million EuroMillions jackpot.

The player correctly matched all five of the EuroMillions numbers alongside the two Lucky Star numbers.

Once the ticket has been validated and paid, the ticket-holder will then decide whether or not to go public and share their news.

EuroMillions operator Camelot said there would be no information on whether the winner is an individual or syndicate, or where the ticket was purchased, unless the ticket-holder decides to go public.

‘They have instantly become the ninth biggest winner in UK National Lottery history and have a fortune which can make their dreams come true.

‘We will now look to support the ticket-holder through the process and help them to start to enjoy their life-changing win.’

The lucky ticket-holder is the fourth EuroMillions jackpot winner in the UK this year.

In April, an anonymous EuroMillions ticket holder became the UK’s fifth biggest National Lottery winner after their £122 million prize was paid out.

The highest ever UK winner claimed a jackpot of £170 million in October 2019, but chose to stay anonymous.

The record for the highest amount ever won on EuroMillions was set in February this year when a Swiss player took home 210 million euro, the equivalent of almost £180 million.

Inside Liam Payne’s relationship with model Maya Henry as he confirms split: ‘I need to sort myself out’