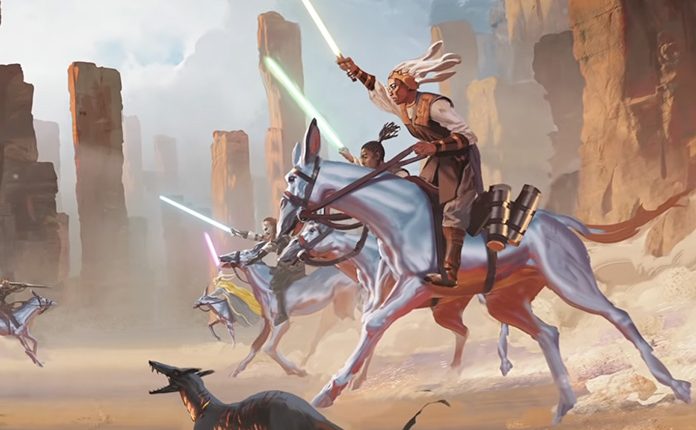 Lucasfilm Publishing has premiered the launch trailer for “Star Wars: The High Republic,” its planned new “interconnected mega-story” set in that franchise’s universe.

The story is set at the height of the Jedi Order and the republic, centuries before the Skywalker family. The plan is to cross comics, novels, middle-grade books, and eventually the Disney+ TV series “Star Wars: Acolyte” being developed by “Russian Doll” co-creator Leslye Headland.

A narrator on the clip says: “We are the guardians of peace and justice. Beyond the stars is a near-endless frontier. Our order was meant to shine its light in even the darkest corners of the galaxy. There, we found an evil that none of us had trained for, that threatens all we know. For the survival of the Republic, the fate of all Jedi, for control of the Force itself…”

A new cast of characters will be spread out across several mediums beginning later this month. Head to the official “Star Wars” site for more information.