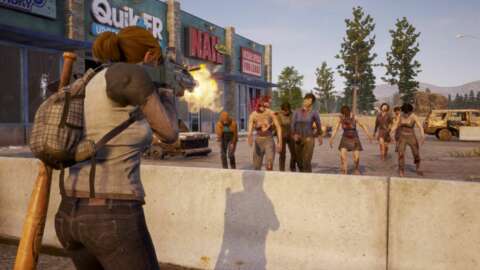 State of Decay 2’s Update 25: Plague Territory will go live across all platforms on Monday, June 21. Undead Labs shared a short video on Twitter teasing one of the main aspects of the update, Plague Territories, which are regions controlled by Plague Hearts that cannot be inhabited until the controlling Hearts are destroyed.

Plague Territories have been available as part of the play testing beta on Steam since late April and while Undead Labs has not released the full patch notes for Update 25 yet, and while we don’t know everything that’ll be in Update 25 yet, the other new features in the beta might give some clues. Landmark Outposts offer one of three unique options depending on what the landmark itself is. Resource Outposts, which can produce food, ammo, or other resources, will get the ability to be upgraded, to increase their benefits.

These new features cannot be used on existing maps, so players will need to either load up a new map or change the difficulty on a current map to get Plague Territories, Landmark Outposts, and upgradable Resource Outposts. While only Plague Territories are confirmed for Update 25, we will know more when it goes live on June 21.