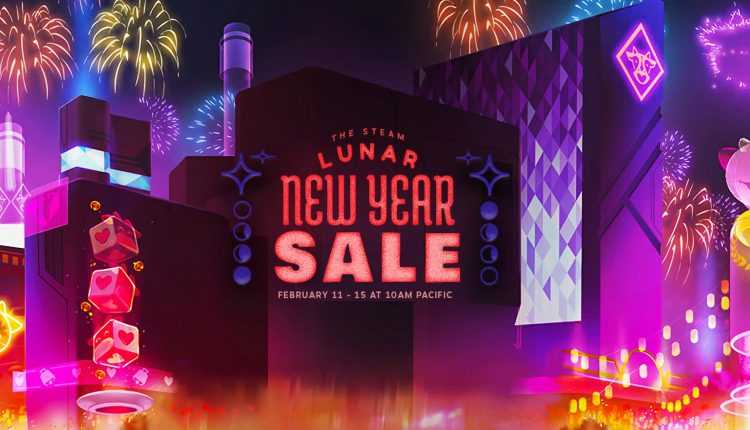 Deals: The holiday season is long since over now, but that doesn’t mean the savings have to stop. Yesterday, Steam kicked off its latest annual Lunar New Year sale, bringing tens of thousands of curated deals across a wide variety of games.

As usual with Steam sales these days — even the bigger ones, unfortunately — Valve hasn’t prepared a meta event this time around. There are no minigames, competitions, or giveaways to speak of, so the deals will have to stand on their own.

Valve is giving away a new Lunar New Year-themed animated sticker each day of the sale (made by the talented Andre Dias), but that’s about it. Fortunately, the discounts are good enough that the lack of a special event doesn’t really matter.

You can organize deals by genre and theme, or just scroll through the main store page, where you’ll find a curated selection of discounts to suit your specific tastes. Or, at least, what Steam thinks your tastes are.

One of the bigger discounts available is the Shadow of the Tomb Raider: Definitive Edition bundle, which will run you just $14.80. The bundle includes all of the DLC and extras that the game has received over time — it’s a $109 combo most of the time, so you’re saving quite a bit of cash.

You can also snag the fantastic Total War: Three Kingdoms for just $30 (half off its usual price), and Total War: Warhammer for $15 (75 percent off). If RPGs are more your speed, Divinity: Original Sin 2 is 60 percent off, and even the practically brand-new Cyberpunk 2077 has received a notable 10 percent price cut.

if you have some cash to burn, now is the perfect time to check out Steam’s latest deals. The Lunar New Year Sale ends on February 15 at 10 AM Pacific, and it started yesterday, so there are still three days to take advantage of it.