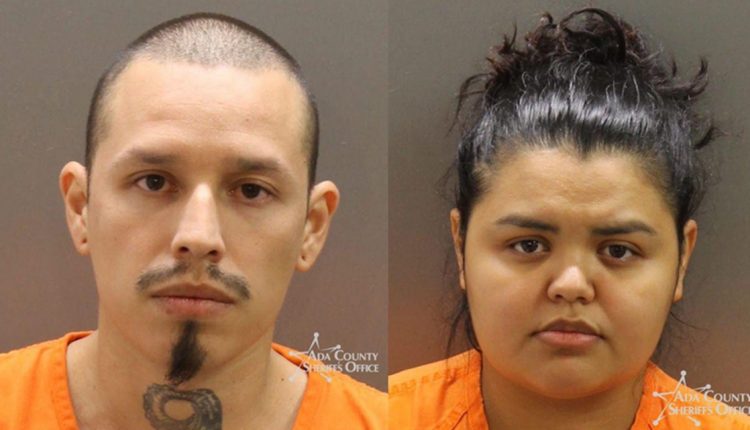 Stepmother and father ‘forced son, 9, to exercise, starve and beat him to death’

The stepmother and father of a 9-year-old boy allegedly forced him to exercise to exhaustion, starved and beat him to death. Emrik Osuna’s father Erik Osuna and his stepmother Monique Osuna are accused of torturing him over months until he collapsed and died at a mere 44 pounds.

Video footage from nanny cameras at the apartment in Meridian, Idaho, were played in court on Wednesday and showed the pain, hunger and fear the boy endured in the days leading up to his death on September 1.

In a clip from August 21, Monique grabbed Emrik by his hair and swung him, then dragged him to the kitchen and demanded that he do jumping jacks, according to KTVB. The stepmother would slap him repeatedly and smashed a spoon on his head until he screamed, cried and tried to shield himself.

Other footage showed Monique striking Emrik with a frying pan and calling a ‘f***ing loser’ and ‘a piece of shit.’ She threatened to make him drink his own urine and eat his feces.

In another clip, Erik used a belt to whip Emrik. Erik did not verbally abuse his son, but apparently did not stop Monique from yelling and beating him. Emrik was forced to do one-legged stands, wall-sits and ‘inch-worms,’ according to officials.

‘Each day, I would say over 12 hours a day, or thereabouts,’ Meridian Police detective Matthew Ferronato said. ‘Sometimes it would go on, 20-plus hours of constant exercise.’

When Emrik’s father, stepmother and siblings went to their bedrooms to sleep, he was left to rest on the living room floor or in a closet in the hallway.

On the morning of September 1, Monique allegedly struck Emrik with a dog leash two times and gave him rice and water which he vomited. After showering, Emrik was apparently forced to do a one-legged stand and later lay on the floor. By late afternoon, Erik texted his wife that Emrik needed to go to the emergency room.

Someone in the apartment called 911 and Monique performed CPR. Emrik was rushed to a hospital and transferred to a pediatric intensive care unit, where he died.

Monique had complained about Emrik’s behaviour and said he had ADHD. A judge on Wednesday ruled there was probable cause for first-degree murder charges against the stepmother and father.