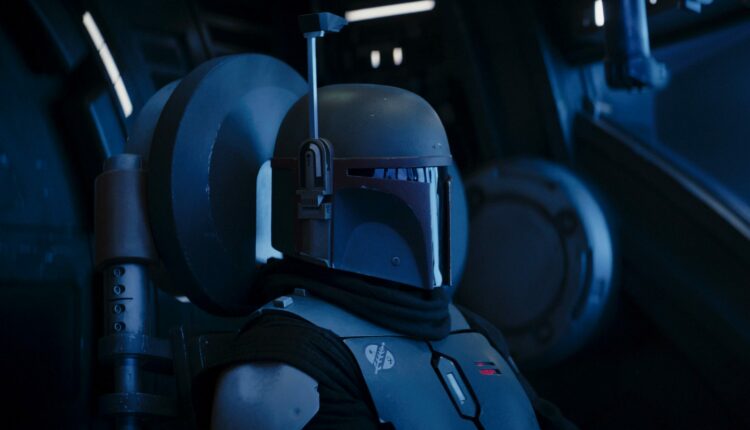 Hello from the future — sort of.

Normally, I put together a weekly ‘Streaming in Canada’ column to round up some of the most noteworthy new movies and shows to have hit digital platforms.

However, at the time of writing, I’m going on vacation and we don’t actually yet know the full lists of what’s coming to each service in September. Thankfully, the timing works out insofar as September sort of marks the “beginning of the end of the year” period, as it were. Therefore, I’m here now with a special edition of Streaming in Canada that breaks down some of the noteworthy content that’s landing on streaming services between now and December.

It goes without saying that this won’t cover everything (especially anything that might get a surprise streaming release due to COVID), but the idea is to at least highlight a couple of prominent titles for the five major services: Amazon Prime Video, Apple TV+, Crave, Disney+ and Netflix. We’ll also list a few honourable mentions.

Now, without further ado, let’s get into it.

All or Nothing: Toronto Maple Leafs [Amazon Original]

Whether you love ’em or hate ’em, pretty much every Canadian’s got an opinion on the Toronto Maple Leafs. For that reason, you might want to tune into Amazon’s All or Nothing docuseries, which follows the team during the 2020-2021 NHL season.

And if that wasn’t enough Canadian content for you, the series is narrated by Toronto’s own Will Arnett (Arrested Development).

The Wheel of Time [Amazon Original]

Magic user Moiraine (Gone Girl‘s Rosamund Pike) leads a group of five young people on a quest to discover who among them may be the reincarnation of the Dragon, which could either save the world or destroy it.

Starring Jared Harris (Mad Men) and Lee Pace (Halt and Catch Fire), Foundation recounts the thousand-year saga of the titular band of exiles and its efforts to save the Galactic Empire from destruction.

In Season 2, the Morning Show team deals with the explosive repercussions of Alex (Aniston) and Bradley’s (Witherspoon) actions, as well as COVID-19, racism and more. It’s worth noting that Toronto’s own Will Arnett joins the cast.

The popular crime drama is coming back.

Following his return in the second season of The Mandalorian, iconic Star Wars bounty hunter Boba Fett is set to headline his own show.

Plot details currently remain under wraps, but we know Temuera Morrison will reprise his role of Fett, while Ming-Na Wen returns as his ally assassin Fennec Shand.

Notably, the show was created by Mad Men‘s Jonathan Igla and is based on Matt Fraction’s acclaimed Hawkeye comics run.

Note: Ms. Marvel, a Captain Marvel spin-off series starring Canadian newcomer Iman Vellani, hasn’t officially been delayed out of 2021, but rumours indicate it might be. Therefore, we’ve left it out, although it’s definitely worth keeping on your radar, especially since Vellani is set to reprise her role in next year’s Brie Larson-led The Marvels.

Written and directed by Adam McKay, two low-level astronomers (Leonardo DiCaprio, Jennifer Lawrence) must go on a giant global media tour to warn mankind of an approaching comet that will destroy planet Earth.

Oscar-winning writer-director Adam McKay (The Big Short) is back with a mysterious black comedy film about two low-level astronauts who try to warn the world of a deadly incoming asteroid.

Amid the ongoing political strife, Geralt of Rivia (Henry Cavill) brings the magical Ciri (Freya Allen) under to Kaer Morhen to train her.

Of course, this is only a sample of what’s to come. For instance, Netflix has outlined around 40 upcoming 2021 films alone. Naturally, we’ll have full breakdowns of everything that’s coming to each of these services once they become available, so stay tuned.

In the meantime, though, is there anything in particular that you’re looking forward to? Let us know in the comments!