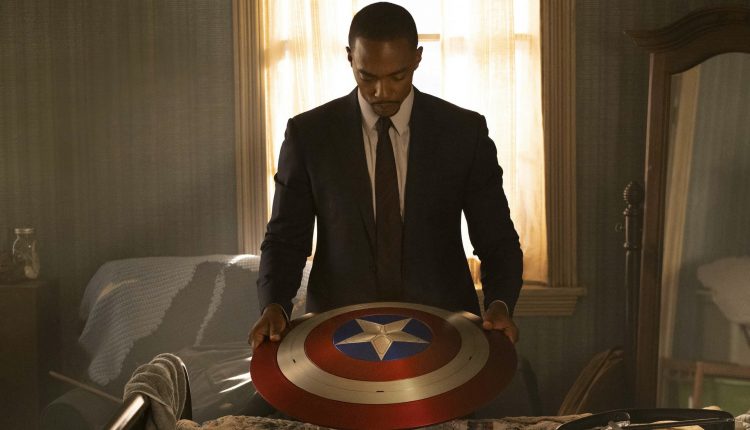 Our ‘Streaming in Canada’ column typically focuses on new content from Amazon Prime Video Canada, Crave and Netflix Canada, but other services like Apple TV+ and Disney+ will be mentioned when relevant.

Weâ€™ll also highlight shows or movies that are made in Canada, involve notable Canadian cast or crew and/or are filmed in Canada.

Finally, with the COVID-19 pandemic causing many movies to hit digital platforms much sooner than planned, we’ll make note of any major films — as well as other notable streaming service news — that fall into this category when applicable.

After a pandemic decimates almost all of humanity, the few survivors break off into two groups for one final confrontation.

Based on Stephen King’s 1978 novel of the same name,Â The StandÂ was developed by Josh Boone (The Fault in Our Stars) and Benjamin Cavell (Justified) and features an ensemble cast that includes James Marsden (Westworld), Odessa Young (Shirly), Owen Teague (ItÂ series) and Alexander SkarsgÃ¥rd (Big Little Lies).

It’s worth noting that the series was filmed in Vancouver.

The full list of movies and shows hitting Amazon Prime Video Canada this month can be found here.

From the director of 2013’sÂ Evil Dead, Fede Ãlvarez, comes an audio-focused drama series about different people in the lead-up to an apocalyptic event.

For more on what’s coming to Apple TV+ in the next several months, click here.

Q: Into the Storm

Over the course of three years, Cullen Hoback (Terms and Conditions May Apply) examines the rise of the QAnon conspiracy theorists and their impact on modern-day culture.

StreamÂ Q: Into the StormÂ here. Note that a $19.98/month Crave + Movies + HBO subscription is required.

More than three years after the release of the much-malignedÂ Justice League, fans have successfully campaigned to get director Zack Snyder’s fabled cut of the film released.

The core story remains the same — Batman assembles a team of superheroes to stop the invading alien forces of Steppenwolf — but the ‘Snyder Cut’ is much longer and contains few of the same scenes.

It’s worth noting that alongside the release of the Snyder Cut, Crave has also launched a ‘DC Multiverse Binge Collection.’ This includesÂ Zack Snyder’s Justice League and the just-added Christopher ReeveÂ SupermanÂ films and Tim Burton-eraÂ Batman films, as well as existing Crave content like Arrow, DC’s Legends of Tomorrow and Doom Patrol.

A standard Crave subscription is priced at $9.99/month, with Starz costing another $5.99/month and HBO an additional $9.99/month. However, there’s a 50 percent off promotion on all of these plans until the end of March.

The full list of movies and shows hitting Crave this month can be found here.

The Falcon and the Winter Soldier [Disney+ Original]

Several months afterÂ Avengers: Endgame, Sam Wilson and Bucky Barnes’ efforts to resume their everyday lives are upended by a new global threat, causing them to begrudgingly work together once again.

It’s worth noting that Ottawa’s own Kari Skogland (The Handmaid’s Tale) directed all six episodes of the series.

The full list of movies and shows hitting Disney+ Canada this month can be found here.

This week in Disney+ news:Â The full list of movies and shows hitting Disney+ Canada in April can be found here.

Lewis Hamilton, Daniel Ricciardo and other famous drivers race on during a shortened season due to COVID-19.

Puppet pals Waffles and Mochi travel the world with former U.S. First Lady Michelle Obama and their kid friends to learn about cuisine.

After a visit from a mysterious stranger leads to a dead body, Tom and Janet begin to question the loyalty of their friends.

HappilyÂ was written and directed by BenDavid Grabinski (Are You Afraid of the Dark?) and stars Joel McHale (Community), Kerry BishÃ© (Halt and Catch Fire), Stephen Root (King of the Hill), Natalia Zea (Justified) and Paul Scheer (Black Monday).

HappilyÂ can be rented for $4.99 from Google Play and the Cineplex Store and $6.99 from iTunes.

This week in PVOD news:Â Warner Bros. has confirmed that Godzilla vs. Kong will only be available in Canadian theatres when it releases in North America on March 31st, not PVOD or any other platform.

Got #BookFace? Let these London, Ont. librarians inspire you