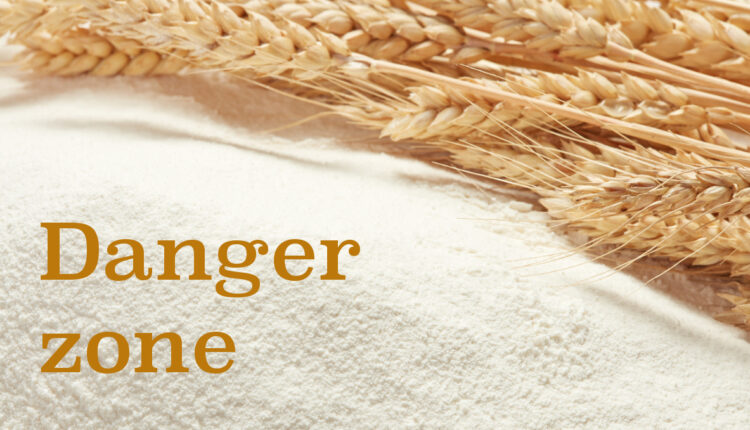 Researchers have found a wide distribution and high diversity of Shiga toxin-producing E. coli (STEC) in German flour. Recent outbreaks associated with contaminated flour and undercooked dough have been reported in the United States and Canada.

The study on German flour revealed that it can serve as a vector for STEC strains with a high pathogenic potential. Uncooked flour, such as that in cookie dough and cake batter, should not be consumed because of the risk of infection.

In January 2020, the German Federal Institute for Risk Assessment (BfR) published an assessment of STEC in flour and gave advice to consumers on how to mitigate risk.

Widespread contamination
Researchers characterized 123 STEC strains isolated from flour products collected between 2015 and 2019 across Germany as part of food surveillance programs. The most isolates were in 2018 with 56 and the least was eight in 2016 and 2019.

They foundE. coli  O157:H7, O145:H28, O146:H28 and O103:H2. Serotypes O187:H28 and O154:H31 were most prevalent, but are rarely linked to infections. Wheat flour made up nearly two thirds of the analyzed isolates followed by rye flour. Scientists found that individual samples could be contaminated with more than one E. coli strain.

In the study, published in the International Journal of Food Microbiology, O187:H28, O154:H31, O11:H48, and O36:H14 were isolated from at least three different flour matrices.

The fact that strains were isolated between 2015 and 2019 from different matrices in different federal states indicates widespread distribution in Germany, rather than a common contamination source. Because of the high genetic diversity a correlation of certain strains to a specific type of flour or geographical location could not be found, said researchers.

All 123 isolates carried either Stx1- or Stx2-encoding genes but none were positive for both Shiga toxin variants.

Federal food inspection labs sent isolates on a voluntary basis to the National Reference Laboratory for E. coli (NRL-E. coli) at the German Federal Institute for Risk Assessment and the Robert Koch Institute (NRC-RKI) for examination as no legally binding molecular surveillance exists.

Comparing flour and clinical isolates
Strains of selected serotypes were compared to 5,370 clinical STEC from the NRC-RKI surveillance strain collection from 2015 to 2019. In total, 1,105 human isolates were identified for 14 of the 21 flour serotypes.

Whole genome sequencing (WGS) was applied to the 56 STECs isolated in 2018. More than half of the strains investigated  were hybrids like STEC-ETEC.

It remains unknown what the main route of contamination of flour products is but a possible explanation previously put forward was contamination of grain in the field by wild animals. Other sources could be contaminated water used to temper grain for breaking, or pests at the mills.

“This in general shows that flour should not be underestimated as a source for severe human infections and further investigations are needed to determine contamination and transmission routes of STEC in flour, and flour derived products,” said researchers.