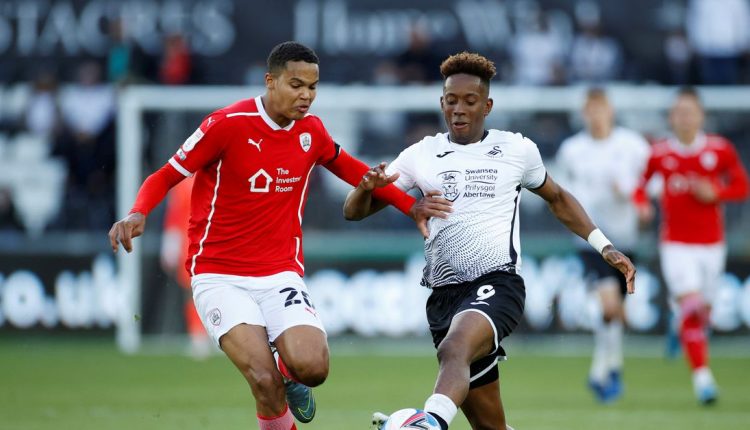 Swansea City moved a step closer to a return to the Premier League after beating Barnsley 2-1 on aggregate in their Championship playoff semi-final, setting up a date with Brentford in the final at Wembley.

After the Swans won the first leg 1-0 away at Oakwell earlier this week, the two sides drew 1-1 in Swansea on Saturday.

Swansea skipper Matt Grimes scored in the 39th minute, curling the past Bradley Collins into the top corner.

Cauley Woodrow then levelled for the visitors in the 71st minute to set up a frantic finish, with Swansea pinned back in their own half throughout the closing minutes of the game.

The Swans, who finished fourth in the second-tier Championship, last played in the top flight in 2017-18 when the Welsh club were relegated after finishing 18th.

Earlier on Saturday, Brentford fought back from a goal down to beat 10-man Bournemouth 3-1 in the second leg and advance 3-2 on aggregate.

The Championship playoff final will be played on May 29.