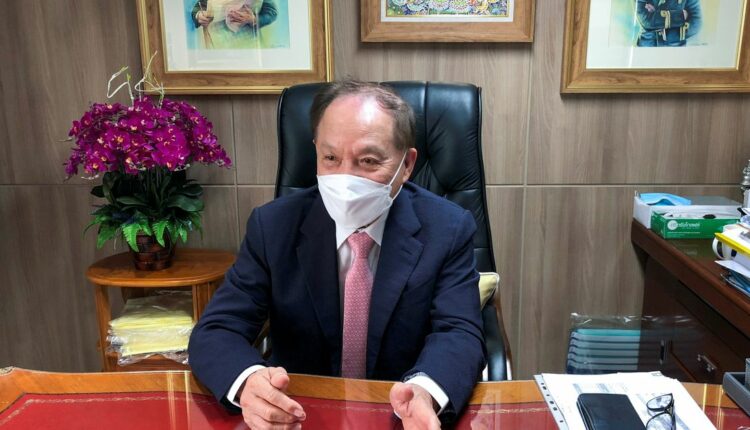 Boon Vanasin, Chairman of Thonburi Healthcare Group, talks to a journalist during an interview with Reuters at his office in Bangkok, Thailand, July 6, 2021. REUTERS/Artorn Pookasook

Dr. Boon Vanasin’s claim that his group, a more than $800 million private medicine empire, was close to signing a deal for 20 million Pfizer-BioNTech (PFE.N), (22UAy.DE) coronavirus vaccines to import to Thailand was swiftly denied on Thursday by both companies, one day after a government agency filed a defamation suit against Boon, 82. read more

On Friday, THG stuck to its guns.

“THG has agreed to buy the vaccine and is currently in the process of filing documents with overseas dealers,” the company said in a statement.

Boon even told local media an agreement would be signed by Friday afternoon. By close of business, there was still no evidence of any deal.

It’s still unclear whether Boon was insincere, the victim of a scam or – as he asserts – in the process of a brilliant fix to Thailand’s desperate vaccine needs.

Boon insists a deal was in the works through a government agency, which he declined to name.

“We are not doing it directly,” he told Reuters.

Thailand so far has only vaccinated 5 percent of its population of more than 66 million. It has been administering China’s Sinovac vaccine and the AstraZeneca’s shots but the government seeking other imported doses.

Boon, the Thai word for merit, has been on a quest for COVID-19 vaccines for months, arguing that the government should not monopolise supply and calling the vaccine policy “complacent and reckless.”

In February, he tried to import vaccines, but was unsuccessful and later lodged a protest. read more .

Demand for mRNA vaccines in Thailand is growing. Pre-orders for Moderna vaccines through private hospitals were snapped up in a hurry. read more

Boon criticised the GPO for its process and on Wednesday the GPO slapped a defamation suit against the John Hopkins-trained physician. He said he welcomed the complaint because evidence and documents could be revealed in court. read more

Boon founded Thonburi hospital in 1976 and oversaw its expansion into a network of seven hospitals with 963 registered beds. He took the company public in 2017.

THG, which also operates hospitals in Cambodia and Myanmar, booked losses of 215 million baht in the first quarter this year, taking a hit from the pandemic and drop off in medical tourists.

The group is smaller than rivals like Bangkok Dusit Medical Services Pcl (BDMS.BK), and before the pandemic, its chairman began to carve out a niche. In 2017, he launched a $500 million ‘medical city’ for the elderly called Jin Wellbeing County, targeting Thailand’s ageing population and foreign retirees.