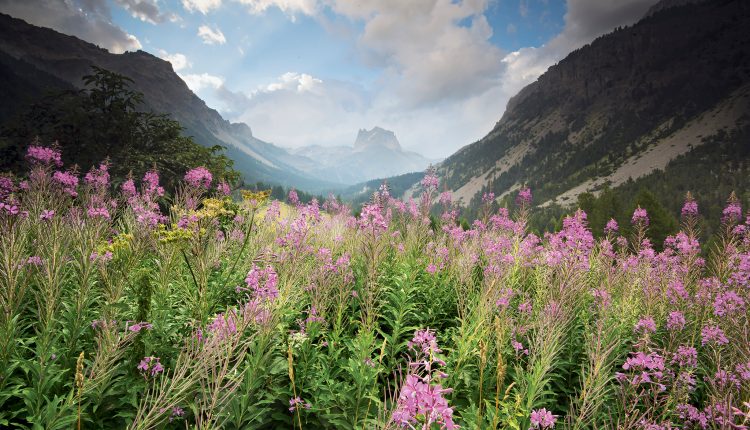 The ‘balance of nature’ is an enduring concept. But it’s wrong.

Strolling across his animated kingdom—Pride Rock in the distance—Mufasa explains to his young son Simba: “Everything you see exists together, in a delicate balance.”
The line is a hallmark of the Disney movie the Lion King, which debuted in 1994. A visually rich update of the classic, also by Disney (the Walt Disney Company is majority owner of National Geographic Partners), hit theaters this July. In the quarter-century gap, the film saw a few significant changes—hand-drawn animation gave way to life-like computer-generated graphics and Beyonce’s character Nala got a whole new song. But other aspects of the movie remained unchanged, including Mufasa’s original lesson about nature being in balance.
John Kricher just rewatched the scene from 1994. While the Wheaton College professor and author of The Balance of Nature: Ecology’s Enduring Myth is a fan of James Earl Jones’ deep baritone delivery, he says “it’s not sound science.”
Scientists have long abandoned the idea of there being a “balance of nature,” in favor of more dynamic ecological frameworks. But, having been ingrained in popular culture over millennia, it’s proven much harder for the public to shake. The metaphor is alive and well today, appearing everywhere from newspapers, Legos, and a health food brand name to social media, and, of course, the Lion King reboot.
The misconception impacts everything from conservation management to climate change policy; and it’s a concept that scientists would like to see plucked from the public’s vocabulary. “It’s a satisfying term,” says Kricher. “But it’s not useful.”

From Herodotus to Disney

The notion that nature exists in some sort of balance, or harmony, dates back to at least the ancient Greeks. The Greek writer Herodotus, for instance, was fascinated by the apparently balanced relationship between predator and prey. Cicero, a Roman politician and philosopher, imbued the idea with religious significance, presenting it as evidence of the wisdom of a Creator.
“It’s so old,” said Kim Cuddington, a professor at the University of Waterloo, in Canada, that “it’s very much embedded, at least in Western culture.”
Even among scientists, the balance of nature concept persisted for centuries. Charles Darwin, the famous naturalist, alluded to it in his work on natural selection, as did his contemporaries, such as Herbert Spencer. The approach bled into the twentieth century, with, for example, the belief that leaving the wilderness wild was the best method of conservation or that pollution was a disruptor of the natural order.
But it was around that same time that people also began to challenge balance of nature thinking. In 1949, environmentalist Aldo Leopold wrote, “The image commonly employed in conservation education is ‘the balance of nature.’ For reasons too lengthy to detail here, this figure of speech fails to describe accurately what little we know about the land mechanism.”

Also at that time, science was becoming more data driven, and ecology a more established discipline. “When the data don’t support it, then you have to revise your idea,” said Kricher, explaining that that’s exactly what happened with the balance of nature.
Ecologists shifted away from community-based sociological models to increasingly mathematical, individualist theories. And, throughout the 1970s and 1980s, the phrase balance of nature largely disappeared from the scientific lexicon. “Ecologists,” said Kricher, “had a tacit understanding that the [phrase] was largely metaphorical.”
The public, however, still employs the phrase liberally. The expression is often used one of two ways, said Cuddington. Sometimes the balance is depicted as fragile, delicate, and easily disturbed. Other times it’s the opposite—that the balance of nature is so powerful that it can correct any imbalances on its own. According to Cuddington, “they’re both wrong.”

Constant change
In the 1950s, Robert MacArthur went into the remote woods of coastal Maine to observe warbler populations. He found that five different species coexisted by utilizing different parts of the same tree. The phenomenon, known as niche partitioning, implied an equilibrium. A balance.
The study became a foundation of ecology—one that most students read in class. That included Bik Wheeler, who first came across the work while pursuing his master’s degree. Realizing that he lived near MacArthur’s field site, he proposed re-creating the seminal research.
That was 2014. In the more than half-century that had passed since MacArthur’s original research, the forest he had worked in had largely gone untouched. So, aside from a few technological improvements—such as using lasers instead of stopwatches—Wheeler was able to retrace MacArthur’s steps. His results, however, were different.
Wheeler’s paper is still pending publication and peer review, so he was unable to talk about specifics. But he says he observed only two of the same species as MacArthur, as well as a few new ones.
In other words, “it’s a dynamic system,” he said. “It’s not static.”
The changes that Wheeler saw are emblematic of the broader shift that’s happened across ecology, and has had real-life implications. Both the delicate and stalwart interpretations of “balance” imply that nature should be left to its own devices; that human interference ought to be minimal.
The updated view is that “change is constant,” said Matt Palmer, an ecologist at Columbia University. And as the new approach took hold, conservation and management policies also adapted. “In some ways it argues for a stronger hand in managing ecosystems or natural resources,” he said. “It’s going to take human intervention.”
Palmer pointed to assisted migration—in which people help animals move across obstacles such as roads or those caused by the changing climate—as one common conservation technique that bucks the notion of a natural balance. The reintroduction of wolves in places such as Yellowstone is another example. Others noted controlled-burn fires in forest management.
But the most obvious, and pressing, manifestation is the looming climate crisis, says Corinne Zimmerman, a psychologist at Illinois State University. While the vast majority of scientists agree that efforts to address climate change must involve human action, a public misconception about nature being in balance could inhibit progress. “If nature is all robust and fine, she’ll take care of herself, we don’t have to do anything about our carbon footprint,” she said. “It’s a very naive understanding of nature.”

A Year in the Life of Earth’s CO2

Nov. 18, 2014 – From NASA: An ultra-high-resolution NASA computer model has given scientists a stunning new look at how carbon dioxide in the atmosphere travels around the globe. Plumes of carbon dioxide in the simulation swirl and shift as winds disperse the greenhouse gas away from its sources. The simulation also illustrates differences in carbon dioxide levels in the Northern and Southern Hemispheres and distinct swings in global carbon dioxide concentrations as the growth cycle of plants and trees changes with the seasons.

Still, the term persists. A 2007 study by Zimmerman and Cuddington found that even being exposed to scientific evidence against the balance of nature did little to change people’s opinions. Those surveyed, Cuddington told Pacific Standard magazine at the time, were “almost unable to reason logically about environmental problems because they keep bumping into this cultural concept.”

The flux of nature?
Dislodging the balance of nature from the popular psyche won’t be easy. Back in the 1980s, ecologist Steward Pickett tried to aid that process by proposing a replacement: the “flux of nature.”
“I thought that there needed to be some short-hand alternative,” he said.
Although the flux alternative hasn’t yet caught on, Pickett still thinks it’s a more useful framing. The balance of nature, he says, has left the scientific discourse because it’s “vague and loaded” and the public ought to follow suit.
“We have to accept responsibility for what we’re doing,” he said, “and not just say that nature will take care of it.”