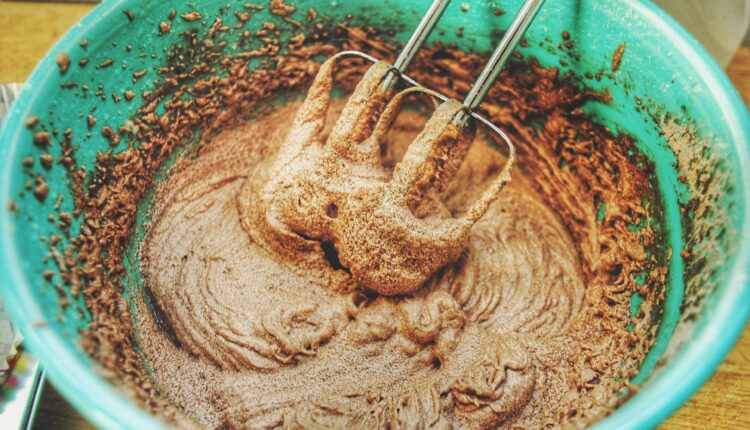 Public health officials are asking people not to eat raw cake batter as they investigate a multistate E. coli outbreak that has led to illness and hospitalizations.

As of July 27, 16 people across 12 states have gotten sick with the same strain of bacteria (E. coli O121), according to an outbreak notice from the Centers for Disease Control and Prevention (CDC). Of the eight people that state and local public health officials have interviewed so far, six (or 75%) report having consumed raw cake batter made with cake mix in the week prior to getting sick with the foodborne illness.

People reported using a variety of different types of cake mix, so public health officials cannot yet link the E. coli outbreak to any specific brands, products, or manufacturers (or issue a recall). But genetic sequencing of the bacteria that made people sick shows that the strains are closely related genetically, so it is likely that they all got sick from the same food, the CDC explains. For now, the guidance is to stay away from raw cake batter altogether (store-bought and homemade, per the CDC).

The 16 reported cases we currently know of, which occurred between February 26 and June 21, 2021, have mostly affected teenagers and children. All of the people who have gotten sick are identified as female, according to the CDC. Three-quarters of them are under the age of 18. The youngest person who got sick was 2 years old, while the oldest was 73.

Seven of the 16 people were hospitalized. One has developed a serious complication called hemolytic uremic syndrome, a type of kidney failure. No deaths have been reported.

E. coli infections are often mild, and most healthy people will recover within a week without seeking medical care, according to the CDC. Symptoms usually include diarrhea (potentially bloody), severe stomach cramps, vomiting, and sometimes a mild fever, and typically start about three or four days after eating the contaminated food.

The elderly and very young children are at a higher risk of getting seriously sick, requiring hospitalization, and developing hemolytic uremic syndrome (HUS), which can be life-threatening, the CDC says. (Symptoms of HUS, like decreased urination and fatigue, start a week or so after the initial symptoms of infection first come on, around the time diarrhea starts to go away.) Even older kids and young adults can get severely ill, too, the agency notes.

It’s very likely that the outbreak involves many more cases of illness (and potentially additional states) than have been reported, the CDC says, since anyone who gets sick but does not seek medical care (which is common with E. coli infections) is not tested for E. coli. Plus, there is typically a three- or four-week lag between someone getting sick and the CDC tracking that case back to a specific outbreak because lab testing is required to do so.

The CDC, U.S. Food and Drug Administration (FDA), and state public health and regulatory officials are gathering more information to learn more about the outbreak and hopefully identify a common source of contamination. The FDA is currently conducting an investigation of the purchasing records from the stores where people bought cake mixes to see if the products were made in the same production facility, according to the CDC.

In the meantime, the CDC advises consumers to stick to eating fully baked cakes and to practice safe food handling while baking with raw ingredients, such as flour, cake mixes, and eggs. While many people know that raw eggs carry a risk for contamination with salmonella bacteria, technically flour (and flour-based baking mixes) is raw food, too, and can be risky as well. That’s because the grains aren’t pasteurized or treated to kill germs like E. coli while growing or being processed, the CDC explains.

The only way to kill E. coli is to cook the food at a high enough temperature. If you’re making cake, the CDC recommends that you don’t taste the raw batter (or allow your kids to), follow the baking instructions, keep the raw ingredients and batter separate from other foods, and clean up thoroughly, including your hands, bowls, spatulas, countertops, and any other surfaces. It might be less fun, but it’s a lot safer and healthier for you and your family.

How to Pick Up Tennis in Style, According to a Tennis Aficionado

CDC declares deadly Listeria outbreak associated with chicken is over

36 Clever Gifts for the Wine Lover in Your Life

Shannen Doherty Shares Candid Photos of Her Battle With Cancer