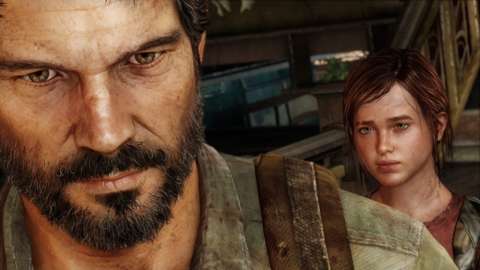 The Last Of Us 3: Naughty Dog’s Neil Druckmann Weighs In

Naughty Dog’s Neil Druckmann has shared some thoughts on a potential third The Last of Us game. After the big success of The Last of Us Part II, Druckmann said he wrote an “outline for a story” for a new game with co-writer Halley Gross. However, the game isn’t in production yet.

He shared this on the Script Apart podcast, going on to mention that Naughty Dog as a studio is not currently working on this but, “I hope one day can see the light of day.” This new story would explore “a little bit what happens after [The Last of Us Part II]. We’ll see,” he said, according to IGN which picked up the quotes.

Now Playing: The Last Of Us Part 2 – Official Launch Trailer

“We’ve now had two games that I feel speak to something universal as well as telling a very personal story for these characters. With one game, there’s no pattern of what a franchise is,” he said. “With two games, now there’s starting to be a pattern–now I feel like there are some structural and thematic themes you’d have to stick to if you’re making a third game.”

This is not the first time Druckmann has spoken about The Last of Us Part III, as he previously said Naughty Dog’s next game could be a third part, or something else.

Druckmann also said in the interview that Naughty Dog is known to take a “long time to explore different ideas” after it releases a game, and this was also the case with The Last of Us Part II. Druckmann said Naughty Dog is thinking about “whether it’s going to be Last of Us III, whether it’s something new, whether there’s some old franchise we want to go back to.”

“I like to fully explore all of those, then look at, like: okay, we have all of these ideas in front of us. As a studio, what do we want to commit to? Because it’s a huge commitment–monetary, time, passion, talent, so you think about all the opportunity costs that come with that,” he added.

A recent report from Bloomberg said Naughty Dog is working on a remake of The Last of Us for PlayStation 5. The studio has also said it will release a standalone Last of Us multiplayer game. One project the studio is unlikely to make is a new Uncharted, as Naughty Dog has said it is finished with Uncharted, though a different studio could make Uncharted 5.

In addition to his work at Naughty Dog, Druckmann is contributing to HBO’s The Last of Us TV show with Chernobyl’s Craig Mazin. Pedro Pascal plays Joel and Bella Ramsey is set to portray Ellie in the upcoming series.