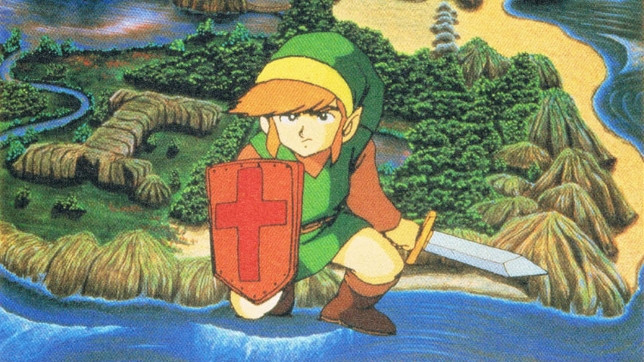 The Legend Of Zelda 35th anniversary: a tribute to the best video game franchise ever – Reader’s Feature

On the day of Zelda’s anniversary a reader pays homage to his favourite video game series and tries to explain why it’s so special.

On this exact day in 1986 The Legend Of Zelda was released on the Famicom Disk System, an add-on for the Japanese version of the Nintendo Entertainment System. The game wasn’t released in Europe until over a year later but I admit I never played it at the time anyway. I don’t think I even knew what a NES was at the time and certainly didn’t know anyone that had one. I did get a SNES though and most definitely played Zelda: A Link To The Past. The game which introduced me to the best video game franchise in history.

I’ll go further and suggest that Zelda is one of the best things of all time. It’s certainly given me more joy than any movie, book, or music album has, and I don’t consider myself to be a philistine when it comes to any of those things. But video games are my one true love (except for my one true love) and rather than just tickling your earbuds or exciting your eyestalks they can, by virtue of being interactive, stimulate your imagination in a way nothing else can. Zelda is especially good at this because it has always, since the very earliest days, focused on exploration and freedom – allowing you to play the game at your own pace and in your own way.

I’ve heard some people complaining that Zelda should have more complex stories – that the plots are too simplistic – but for me this is one of the secrets to why the games are so special. You’re given the absolute bare minimum of context and what you’re supposed to be doing and then you’re sent on your way, filling in the blanks yourself in a way that’s far more satisfying and immersive than watching endless, uninteractive cut scenes. Too many people don’t seem to realise, but the reason he’s called Link is because he’s your link into the game, you are Link and Link is you – Nintendo isn’t interested in telling you a story about an adventure that want you to live it yourself.

Anyone can break down what makes Zelda so great: the meticulously designed overworlds, the endlessly inventive dungeons, the cleverly versatile weapons and items, and the charming characters and memorable enemies. The puzzles in particular are of a complexity that no other mainstream game would ever dare to include nowadays, where the idea of inconveniencing the player by making something difficult has long since fallen out of fashion. But although that does play a part, Zelda’s greatness is not because of any one element but the combination of so many, each of which is good enough that it could easily be its own game.

Ocarina Of Time basically invented 3D combat and yet that was only a tiny part of a game, which even now, over 20 years later, is still one of the best ever made. As was the original Zelda in its time. And A Link To The Past. And Breath Of The Wild. There’s no other franchise that can claim so many games that were, or still are, considered the greatest of all time – not by a niche of fans but as an accepted fact that almost no one will dispute. When games as great as Link’s Awakening and Majora’s Mask are considered second tier entries it gives an indication of just how amazing Zelda is.

Of course, they’re not all classics and it’s a shame Nintendo hasn’t been able to do anything for the 35th anniversary, with a remaster of Skyward Sword in July being the closest we’ll get. The existing The Wind Waker and Twilight Princess remasters will no doubt turn up on Switch sooner or later too, which is a shame because those are three of the weakest entries in the series. Even the worst, Twilight Princess, is still good by other standards but A Link Between Worlds and several of the other portable games are all superior from the modern era.

Zelda has never been about one game though and I’m sure when the 40th anniversary comes round Nintendo will be able to celebrate the whole franchise in the way it deserves. No series has given me the same sense of excitement and wonder as Zelda and if every other video game franchise dried up tomorrow I wouldn’t care as long as Zelda remains. Since Nintendo has offered nothing themselves, I suggest everyone go back and play their favourite entry today to celebrate. And if you’ve never played one, well… there’s no better time than now. I assure you it’s even better than you’ve heard.


MORE : Why Zelda: A Link To the Past is still the best game ever – Reader’s Feature