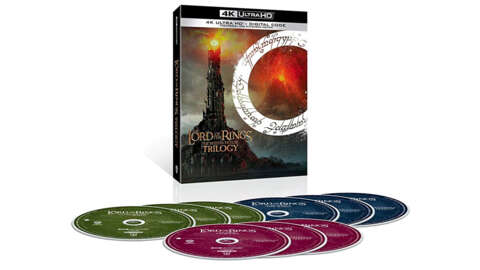 Middle-Earth buffs who have been waiting to travel to Mordor again can rejoice as The Lord of the Rings: The Motion Picture Trilogy in 4K is now listed as its lowest price yet over on Amazon.

At first glance, it looks like the set is only discounted from $90 to $71, which is a decent drop on its own. However, hidden below the discount price is a check box for an instant coupon that, upon checking out, will drop the price another $10 to $60.

This box set first hit shelves in December 2020 at $100, and this is the lowest we’ve seen the price drop. We’re willing to bet this is going to run all the way through Prime Day, so striking now before the best Prime Day deals lure the shoppers in would be suggested.

Other early Prime Day deals have begun to emerge, including Amazon’s brand-new Echo Buds and the controller for the Luna game streaming service, which is discounted for the first time ever.