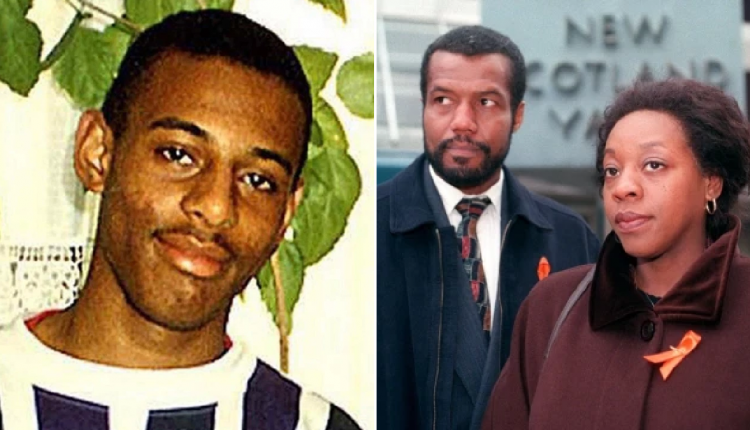 The Murder Of Stephen Lawrence is airing tonight on ITV. The 1999 dramatisation follows Doreen and Neville Lawrence’s struggle to bring their 18-year-old son’s killers to justice, exposing the flaws in the system that had failed them.

Stephen was murdered on 22 April 1993 in a racially motivated attack whilst waiting for a bus in Well Hall Road, Eltham.

Even though Stephen’s parents Doreen and Neville Lawrence knew the identity of their son’s killers, the original investigation had failed to convict those responsible.

Their extraordinary campaign for justice led to a public inquiry that branded Metropolitan Police institutionally racist and brought about sweeping changes in the law and police practices and transformed thinking and understanding of racial inequality in the UK.

Let’s take a look at the cast of the award-winning drama next to their real-life figures.

Stephen Lawrence was born in south-east London, where he lived with his parents Neville and Doreen, his brother Stuart and sister Georgina.

He dreamt of becoming an architect, however, this was never realised as on 22 April 1993, he was murdered in an unprovoked racist attack. He was just 18.

Doreen is the mother of Stephen Lawrence.

Following the murder of her son, Doreen and her husband Neville Lawrence claimed that the Metropolitan Police investigation was not being conducted in a professional manner, citing incompetence and racism as prime flaws.

She relentlessly campaigned and promoted reforms of the police service and founded the Stephen Lawrence Charitable Trust.

In 2003, Doreen was appointed to the Order of the British Empire for ‘services to community relations’ and was created a Life Peer in 2013.

Neville is Stephen Lawrence’s father and was married to Doreen.

The couple divorced in 1999, six years after their son’s death.

Neville said of the split: ‘Our world began falling apart from the moment the hospital staff told us our son had died.

‘For some reason that I have tried to understand, and can’t, we couldn’t reach out to each other.

We stayed together for another six years, but from that day we never physically touched each other again.’

In 2017, Neville was appointed the head of a new group holding the police to account over knife crime, and their relationship with London’s communities.

Michael Mansfield a barrister and head of chambers at Nexus Chambers.

He was recently described as ‘The king of human rights work’ by The Legal 500 and as a Leading Silk in civil liberties and human rights.

Paul Condon was the Commissioner of the Metropolitan Police from 1993 to 2000.

His tenure as head of the Metropolitan Police Service was marked by the Stephen Lawrence case, which became a major controversy.

The subsequent public Macpherson Report found the force to be ‘institutionally racist’ and that the failure to arrest and successfully prosecute those believed guilty brought about many changes in the way the Metropolitan Police investigated murder within the capital.

In 1995, Condon attracted controversy and media attention for stating that most muggers are black.

He is now retired.

Stuart Lawrence is the younger brother of Stephen Lawrence.

He has worked for the Home Office, HMP Belmarsh, and has recently finished a teaching career that spanned over 15 years at a secondary school in the southwest London area.