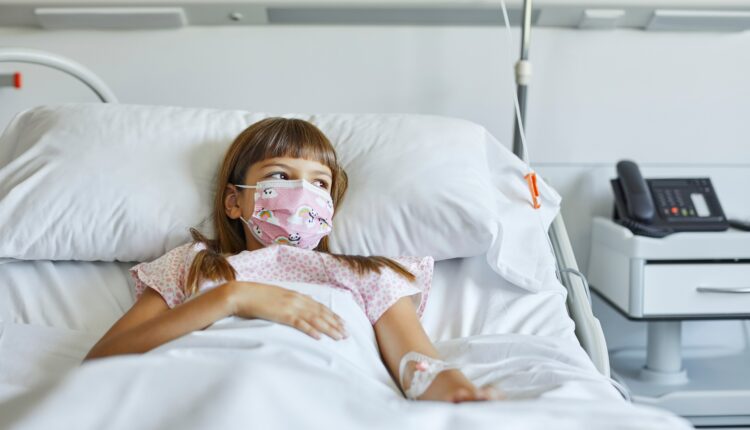 The number of kids hospitalized with COVID-19 is spiking. According to the most recent data from the Centers for Disease Control and Prevention, an average of 830 children under 18 are being hospitalized each day—the highest rate since the start of the pandemic.

To put that number in context as omicron-fueled hospitalizations are rising across age groups, “children still have the lowest rate of hospitalization of any group,” Rochelle Walensky, M.D., director of the CDC, said per U.S. News. And overall, the number of kids hospitalized with COVID is small. Of every 100,000 children ages 5–11 who were hospitalized for any reason as of January 1, just 0.6 on average had the coronavirus, according to the New York Times.

But it’s the relative rise in hospitalization rates among young children in particular that has experts so concerned. The number of kids under five who are being hospitalized with omicron cases is “blowing away our previous delta wave at the end of the summer, early fall, which had been our highest prior to that,” Danielle Zerr, M.D., a pediatric infectious diseases expert at Seattle Children’s Hospital, told the Times. At the peak of the delta wave, about 3% of children at Seattle Children’s Hospital tested positive for the coronavirus, she said. In the current omicron peak, about 21% of kids are testing positive.

Something similar is happening across the country. According to the CDC data, the rise in kids under five years who have been hospitalized with COVID-19 has outpaced the climbing hospitalization rates among other age groups. Of every 100,000 children under five who were admitted to hospitals as of January 1, more than four on average had the coronavirus, the same Times story noted—a sharp contrast to the rate among 5- to 11-year-olds. Even more concerning: This is double the rate reported just one month ago (while the hospitalization rate among 5–11 year olds, by contrast, has remained steady at 0.6 per 100,000).

The surge among the youngest demographic has experts concerned about whether the omicron variant might impact young kids more severely than other age groups. One theory is that children are generally more susceptible to infections that impact the upper airway—which is exactly how experts think omicron operates. “They’re smaller, their airways are smaller,” Kristin Oliver, M.D., a pediatrician at Mount Sinai Hospital in New York, told the Times. “It does seem reasonable in a disease that if it looks like it’s affecting the upper airway more, that they would be more impacted.”

Ultimately, more data is needed to understand how omicron is impacting young kids. “We are still learning more about the severity of omicron and children and whether these increases we are seeing in hospitalization reflect a greater burden of disease in the community or the lower rates of vaccination for these children under age 18,” Dr. Walensky told U.S. News.

Kids under five are currently the only group of Americans who don’t yet have access to a coronavirus vaccine. “It’s critically important that we surround them with people who are vaccinated to provide them protection,” Dr. Walensky said, according to the Times.