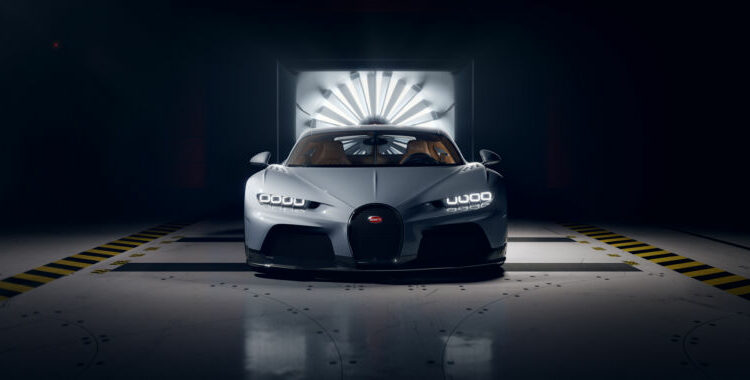 The rumor is true: Rimac is taking over Bugatti with Porsche’s help

For almost a year, a rumor has been circulating that Volkswagen Group plans to offload Bugatti to Croatian electric vehicle specialists Rimac. That rumor turns out to be true: on Monday Porsche and Rimac revealed that they are forming a new joint venture called Bugatti-Rimac at the end of this year. It will be headquartered in Zagreb, Croatia, although Bugatti’s manufacturing will remain where it is currently, in Molsheim, France.

Originally founded in 1909 by Ettore Bugatti, the company became known during the interwar period for cars that were at the apex of style and speed, winning Grands Prix as well as the approval of the ultra-rich. Based in Molsheim in the Alsace region, it foundered following Bugatti’s death in 1947 and disappeared in 1963, before being resurrected by industrialist Romano Artioli in 1987. In this incarnation, Bugatti set up a high-tech factory in Campogalliano, Italy to build the carbon fiber EB110 supercar, before a faltering global economy put paid to Artioli’s ambitions.

In 1998, Bugatti began its third incarnation when Volkswagen Group bought the name and returned the company to Molsheim. The driving force was Ferdinand Piech, VW Group’s CEO at the time and grandson of Ferdinand Porsche. Piech wanted a car that had 1000 metric horsepower and a top speed of at least 260 mph (418km/h), and Bugatti delivered it with the Veyron 16.4 in 2005. Since then its hand-built a series of increasingly quick, extremely expensive hypercars, but questions have increasingly been asked about Bugatti’s relevance within VW Group at a time when the rest of the brands are all going electric.

Mate Rimac will become the new CEO of Bugatti-Rimac. Rimac Group will own 55 percent of the new company and Porsche the remaining 45 percent, with Porsche also owning 24 percent of Rimac Group, having first invested in the EV specialist in 2018. For now, Porsche and Rimac say that Bugatti-Rimac will continue production of the Bugatti Chiron, a gasoline V16-powered hypercar, and the Rimac Nevera, an electric hypercar also built in very limited numbers.

Ars spoke with Porsche CEO Oliver Blume and Rimac CEO Mate Rimac about the deal. Specifically, we wanted to know when we might see the first battery electric Bugatti, as well as the final Bugatti with an internal combustion engine.

“You know the easiest thing, what maybe some people expect might happen, is to take the Nevara and slam Bugatti on it and call it a Bugatti, but that’s absolutely not going to happen,” Rimac told me. “We will not just recycle what we have, we will not like just restyle the Chiron to make a new car, or just hybridize the Chiron. We are developing a complete new product from the ground up—everything—because we think that’s the best way to go, and that product will still have a combustion engine,” Rimac said.

“However, we are thinking long-term and we’re going to add this amazing brand, which has a lot of diversity in its heritage, can be used to make products that are not only hypercars, and they’re the opportunities to make very exciting, different cars that are very strongly electrified, and fully electric. So, I can tell you that within this decade, there will be fully electric Bugattis but I can also tell you that at the end of this decade, there will be still combustion engine Bugattis,” Rimac told Ars.

“Considering the heritage of Bugatti, and the fan base, and having these two very distinct brands Rimac and Bugatti in the same company, we can do, very cool things. So with Bugatti focusing more on heritage, craftsmanship, details, quality, and Rimac focusing more on technology—you know geeks, data, stuff like that. But to answer your question there will be fully electric Bugattis but we believe that through intelligent combination of electrification and combustion engine, there is still time for the combustion engine Bugatti,” Rimac said.

You can watch a live-streamed event introducing Bugatti-Rimac to the public at 2 pm eastern time on Monday.

Old school: I work in DOS for an entire day

11 Shampoos That Will Banish Dandruff and Soothe an Itchy Scalp